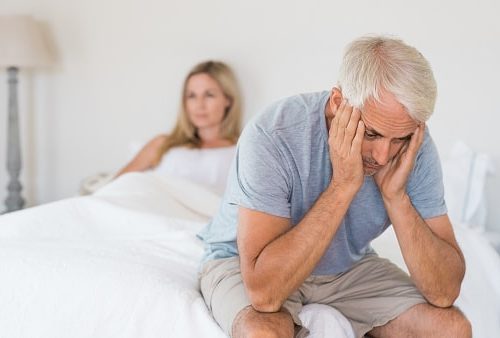 On the other hand, erectile dysfunction has never been studied as an independent risk factor for heart disease. Until now.

The researchers looked at over 1,900 men over the course of four years.

They found that having erectile dysfunction nearly doubled the risk of heart disease and other cardiovascular problems like stroke, cardiac arrest, heart attack, and sudden cardiac death, and the risk was independent of other risk factors.

Six percent of the men with erectile dysfunction experienced cardiovascular problems compared to only 2.6 percent of men without.

Researcher Dr. Michael Blaha explained, “Our findings suggest that clinicians should perform further targeted screening in men with erectile dysfunction, regardless of other cardiac risk factors and should consider managing any other risk factors — such as high blood pressure or cholesterol — that much more aggressively.”

The researchers suggest that men should get immediate care for erectile dysfunction as a means of reducing their risk of heart disease.