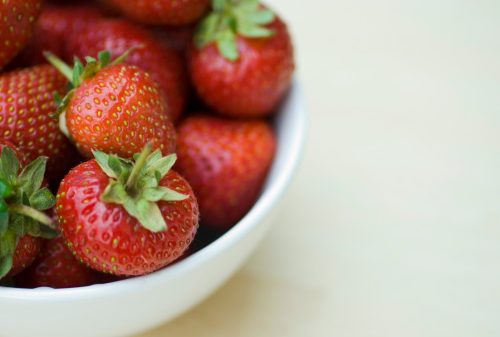 Consuming a diet composed of mostly plant-based food has been linked to living a longer and healthier life. The compounds found in fruits and vegetables provide the body with vital minerals and nutrients that can be linked to decreased levels of cholesterol and even combat cancer.

While many studies have gone on to provide evidence of the health promoting properties that plants have, more research has been a priority.

Mouse studies have led scientists to discover evidence that a natural compound in strawberries can help reduce cognitive deficits and inflammation associated with aging.

This is thanks to an antioxidant called fisetin that holds the potential for helping treat age-related mental decline and conditions similar to Alzheimer’s disease or stroke.

“Companies have put fisetin into various health products but there hasn’t been enough serious testing of the compound. Based on our ongoing work, we think fisetin might be helpful as a preventative for many age-associated neurodegenerative diseases, not just Alzheimer’s, and we’d like to encourage more rigorous study of it,” says Pamela Maher, a senior staff scientist in Salk’s Cellular Neurobiology Laboratory and senior author of the paper.

The study of fisetin has been ongoing for over a decade, with previous research linking the antioxidant to reduced memory loss related to Alzheimer’s disease in mice genetically modified to develop the disease.

However, this new study focused on genetic or familial Alzheimer’s disease. Also, to better study sporadic Alzheimer’s disease, a strain of lab mice were aged prematurely to show signs of physical and cognitive decline at 10 months of age that are normally seen at two years.

The prematurely aged mice were fed a daily dose of fisetin at three months of age that continued for the next seven months. Another group of prematurely aged mice were acted as a control group and were fed the same food without fisetin. During the study period, various memory tests and protein analysis related to brain function were obtained.
“At 10 months, the differences between these two groups were striking,” says Maher.

Additionally, no evidence of toxic side effects was observed in fisetin-treated mice, even at higher doses.

The researchers stress that mice studies don’t always translate perfectly to humans, but due to the fact that fisetin has been shown to reduce some of the cognitive effects associated with aging, human trials are warranted.