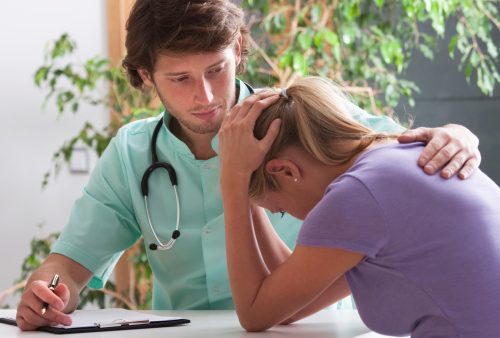 Researchers have found that complete symptom resolution for a person with depression can greatly reduce the recurrence of another major depressive episode. The findings, which come from researchers at the University of California, San Diego School of Medicine, uncovered that in comparison to partial resolution, complete resolution of symptoms reduces recurrence of depression. The findings reveal that there is a strong need to clinically redefine what the end of major depressive episodes truly means. Changes in the management of depression treatment, too, need to be conducted.

Data was analyzed from 322 patients with major depressive episodes who were followed for up to 31 years. 62.1 percent of patients recovered asymptomatically. Dr. Judd added that this group remained depression-episode free for 4.2 times longer than those who still had residual symptoms.

Residual symptoms were three times as likely to increase the return of major depressive episodes within one year. The residual symptom group also experienced greater depressive illness burden in the following 10 to 20 years – they had greater difficulties with household chores and personal relationships.

Dr. Judd suggests that treatment for depressive symptoms should continue until all symptoms are completely resolved. He added, “If you treat a major depressive episode until there are no remaining symptoms, the individual is likely to enter a stable state of wellness and be free of depression for months or even years. As long as they have any residual symptoms, they are still ill and at high risk for relapse.”

The findings were published in Journal of Clinical Psychiatry.