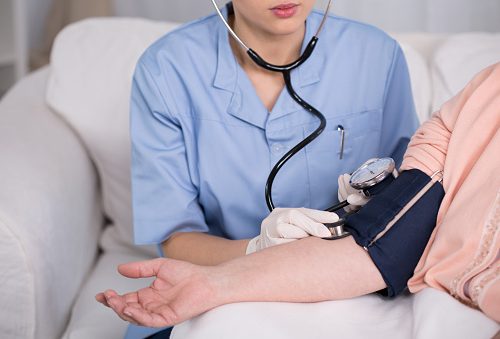 A large data study from the Regenstrief Institute and Indiana University uncovered a commonly prescribed drug which works to maintain healthy potassium levels, when prescribed with a diuretic, can also lower blood pressure.

Researchers noted both drugs are found in generic form making them a cost-effective option for people battling hypertension.
­
The Centers for Disease Control and Prevention estimate nearly 70-million Americans suffer from hypertension – high blood pressure. Hypertension can contribute to many other illnesses such as heart attack and stroke. For this reason it’s important to monitor and regulate your blood pressure.

“This study is a perfect example of how we can learn about the previously unknown therapeutic effects of drugs from big data,” First author, Wanzhu Tu, said.

“In this case, big electronic medical record data are being used to answer questions that may otherwise be unanswerable.”

Tu said a clinical trial to study the effects of triamterene on blood pressure is unlikely to happen, so analyzing the data becomes a good alternative for researchers.

“Physicians now know, beyond anecdotal evidence and studies that were too small to provide definitive findings, that there is an additional benefit from a drug we often prescribe, and perhaps should be prescribing more often,” said Senior author, J. Howard Pratt.

The findings were published in the Journal of General Internal Medicine.