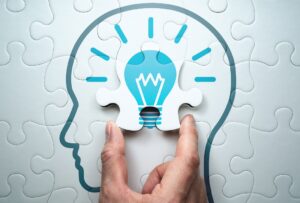 It’s long been known that physical and mental activity can help delay memory problems with age. But new research is showing the effects may be more pronounced for women.

This new research looked at the cognitive reserve, or the brain’s ability to withstand the effects of diseases like Alzheimer’s without showing a decline in thinking or memory skills.

Researchers found, however, that women, not men, had greater cognitive reserve if they exercised regularly and took classes, read, or played games. Taking part in more mental activities improved thinking speeds for both women and men.

What’s good, and can benefit both genders, is that cognitive reserve can be built, much like a bank account. By engaging in activities that may help preserve thinking and brain function now, you can have more in the bank when you need it down the road.

It is never too early or too late to start with physically or mentally stimulating activities, and it is always a good idea to try new activities to continue to challenge the brain, mind, and body and learn to adapt.

The study included 758 people with an average age of 76. Some showed no evidence of thinking or memory problems, others had mild cognitive impairment, and some had full-blown dementia.

Why women seemed to have more benefits is unknown.

More work needs to be done to understand why and how the benefits were seen.

That said, you can do things to promote a greater cognitive reserve. A healthy diet, regular exercise, good sleep, limiting stress and alcohol, and managing health conditions may all help protect brain function with age.