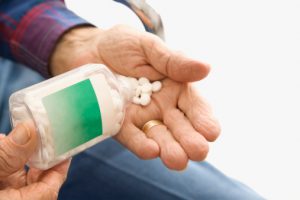 A new study has found that some common pain-relieving medications may lead to hearing loss in women. The researchers found that women who used ibuprofen or acetaminophen for extended periods were more likely to develop hearing loss, compared to women who only used these meds for less than a year.

Senior author of the study Dr. Gary Curhan explained, “Although the magnitude of higher risk of hearing loss with analgesic use was modest, given how commonly these medications are used, even a small increase in risk could have important health implications. Assuming causality, this would mean that approximately 16.2 percent of hearing loss occurring in these women could be due to ibuprofen or acetaminophen use.”

Based on their analysis of data from over 54,000 women, the researchers found that prolonged use of common pain medications was associated with higher rates of hearing loss. However, the study did not prove a cause-and-effect relationship.

Dr. Curhan concluded, “Hearing loss is extremely common in the United States and can have a profound impact on quality of life. Finding modifiable risk factors could help us identify ways to lower risk before hearing loss begins and slow progression in those with hearing loss.”

The findings were published in the American Journal of Epidemiology.

Painkillers and the Strange Connection to Hearing Loss