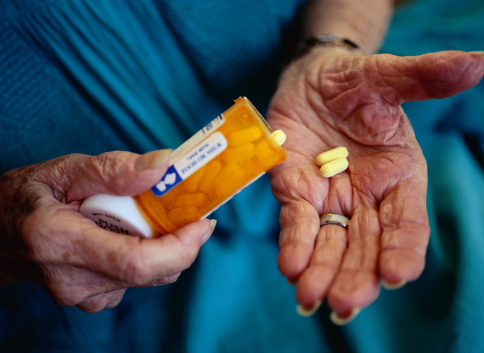 Common heart failure drugs, known as nitrates, are widely prescribed for heart failure patients, but research suggests they may do more harm than good. The findings revealed that nitrates don’t improve quality of life or boost daily activity levels as they are intended.

Nitrates are prescribed to treat chest pains so that patients can begin to increase their activity levels, but the research suggests otherwise.

Furthermore, nitrates do not improve exercise capacity or symptoms of heart failure, such as shortness of breath or weakness during walking. If anything, the drugs were found to worsen such symptoms.

Dr. Redfield added, “This study should change practice. Long-acting nitrates should not be used for symptom relief in heart failure.”

Researchers randomly assigned 110 heart-failure patients either six weeks of a daily increasing dose of isosorbide mononitrate or a placebo.

After the six weeks, the participants switched treatment and carried on for an additional six weeks. Activity levels were tracked with accelerometers worn by the patients. Patients taking 120 mg of isosorbide mononitrate had reduced daily activity and a reduction in active hours, compared to those on the placebo.

Activity was also reduced in those taking nitrates, regardless of dosage, compared to those on the placebo.

Dr. Gregg Fonarow, professor of Cardiology at the University of California, added, “Despite close to three million men and women having heart failure, there have not been any medications that have been demonstrated to reduce the risk of hospitalization or death. Use of nitrates as a treatment for heart failure in this patient population does not appear to provide a benefit.”