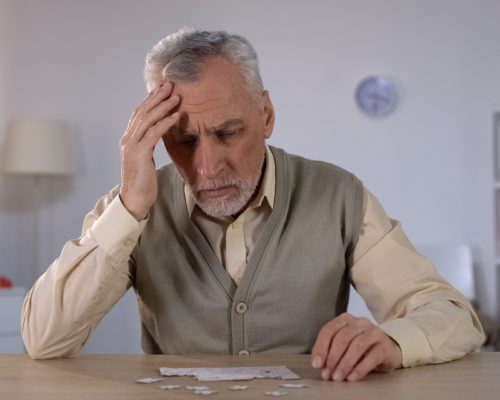 Anticholinergic drugs have been found to be associated with an increased risk of cognitive decline, according to a new study published in Neurology. This class of drugs is commonly prescribed for many conditions, including allergies, colds, urinary incontinence, overactive bladder, high blood pressure, Parkinson’s disease, and depression.

Researchers found a risk of cognitive decline, particularly in people who have genetic risk factors for Alzheimer’s disease or markers of this condition. This type of drug has approximately 100 variations that are in widespread use across the United States. Some require a prescription, but others may be purchased over the counter.

The study included 688 people with an average age of 74 who had no cognitive difficulties at the start of the study. All participants were required to report if any anticholinergic drugs were taken within three months of the beginning of the research or at least once a week for more than six months. Cognitive tests were given to each participant once a year for ten years.

Over the 10 years, one-third of the participants reported taking anticholinergic drugs, with an average of 4.7 anticholinergic drugs taken per person. This included variations of the drugs called metoprolol, atenolol, loratadine, and bupropion, which were the most common.

“Our findings suggest that reducing the use of anticholinergic drugs before people develop any cognitive problems may be an important way to prevent the negative consequences of these drugs on thinking skills, especially for people who have an elevated risk of developing Alzheimer’s disease,” said study author Lisa Delano-Wood. “Future studies are needed to see if indeed stopping the use of these drugs could lead to a reduction in mild cognitive impairment and Alzheimer’s disease down the road.”

People who are taking anticholinergic medications are encouraged to speak to their doctors about the risk factors for memory problems. These findings offer a possible change in the precision medicine approach as physicians can more carefully consider and prescribe medications for people depending on their risk profile for neurodegenerative disorders like Alzheimer’s disease.