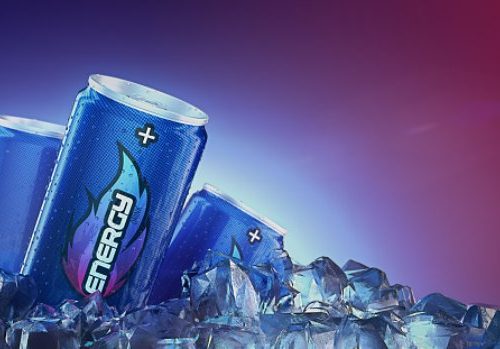 Apparently, we are all very tired and in dire need of some sort of energy boost all the time. How else can you explain the incredible popularity of coffee shops that seemingly spring up like mushrooms at every intersection, not to mention the mass consumption of energy drinks which can be bought at any convenience store, gas station, or vending machine.

The latter option, albeit a novelty (compared to good old coffee, which was first mentioned as a stimulant in sources dating back to the 17th century), has become a quick go-to remedy when in need of an instant boost of energy. Students, tourists, shift workers, and anybody else who’s gotten hooked on energy drinks can’t imagine their lives without it, stocking up on this canned all-day stamina concentrate in batches.

It’s easy to notice some of the competitive advantages of energy drinks over coffee. First, not everybody likes the taste of coffee—but energy drinks come in all forms and flavors. Coffee takes some time to make, whether you are at home or at a shop—with an energy drink, all you have to do is yank the pull tab open. If you’ve ever taken a cup of coffee out, you know it’s not very convenient to consume on the go. With energy drinks, you simply don’t have these problems. You throw a couple of cans in your bag and drink the potion whenever you need.

Many people prefer energy drinks over coffee for their convenience. They think they are getting the same caffeine boost but in an easier-to-use form. But while the preparation process of your morning brew is pretty transparent, the same cannot be said about energy drinks and their ingredients. One thing’s for sure: Energy drinks are not a coffee substitute, and there’s way more inside the little can than just caffeine. And that’s where the problem lurks.


Energy drinks may hurt your heart

The Journal of the American Heart Association recently published recent research findings suggesting that other ingredients in energy drinks can have a negative effect on heart health. For a week, 18 healthy volunteers consumed two cans of store-bought energy drinks a day. The following week, they drank the same amount of a control beverage that contained the same amount of caffeine as the energy drink.

Using an electrocardiogram, the researchers monitored changes in the heart’s electrical activity for 24 hours after consuming the beverages. They also looked at something called QT prolongation, a malignant change in the cardio activity associated with arrhythmia, which can be life threatening.

The researchers found that the prolongation measure was much higher after consumption of the energy drinks compared to consumption of the caffeine-only control beverage. This hints at the conclusion that the additional ingredients in common energy drinks may not be as harmless as the manufacturers claim. A few drugs that were observed to cause similar ECG changes have actually been pulled from the market in the U.S. due to the related risks.

Of course, to run the risk of cardiovascular problems, one has to consume energy drinks regularly. Their effects may not be very feasible in healthy individuals, but those suffering with high blood pressure, underlying cardiac conditions, and other medical problems may be vulnerable to the negative effects of these induced changes.

While more in-depth investigation is called for, the results demonstrate it is unlikely that caffeine is the culprit. So, next time you’re feeling exhausted, a nice cup of coffee will bring you back to life with way less risk than an energy drink. And if you feel like you’re fatigued all the time, don’t amp your coffee intake—band-aid solutions do not solve the problem. Look at the possible cause of your chronic tiredness and review your lifestyle as a whole.

Related: Simple trick to boost your energy without coffee

Are your genes to blame for your low energy?