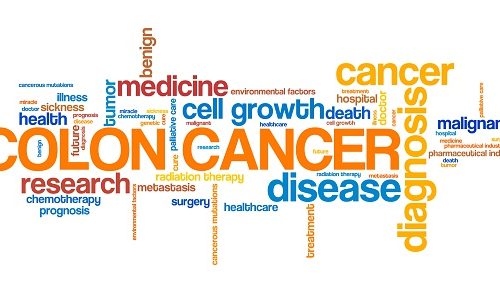 Colon cancer is the development of cancerous polyps in the lower part of the digestive system that may extend into the rectal area. It is considered the fourth most common type of cancer diagnosed in the United States, with diet and lifestyle having a significant impact on its development. It comes as no surprise then that a new survey conducted by the Cleveland Clinic found that colorectal cancer was more common in those with unhealthy lifestyles.

In an online study that surveyed over 27,000 people from around the world, participants detailed aspects of their diet and lifestyle behaviors that related to modifiable risk factors attributing to colorectal cancer. The researchers found that less than 10 percent ate five or more servings of fruit, vegetables, and grains per day, and only 25 percent participated in at least 30 minutes of exercise four times per week. It was also discovered that only 36 percent of respondents were up to date with current colorectal screening.

“Colon cancer is a preventable disease. These results emphasize the known modifiable factors that can alter the risk. Colon cancer has had a significant decline in the U.S. since 1980 when colorectal cancer screening was first introduced, but these results show screening for the disease—and adherence to a healthy lifestyle—appear woefully underutilized,” says Carol A. Burke, a Cleveland Clinic gastroenterologist and the current president of the American College of Gastroenterology.
The study did find that white females were more likely to adhere to colorectal cancer screenings—they also smoked less and ate more daily servings of fruits and vegetables. White women also exercised more in comparison to the other respondents. Having a first-degree relative, such as a parent or sibling, with colon cancer made participants more likely to adhere to colorectal screening, with 35.7 percent seen in this study compared to only 19.4 percent adhering to screening without an affected first-degree relative.

The purpose of the online questionnaire was to provide respondents with information about their colorectal cancer risk, providing them with a score between low and high. This took into account age, gender, ethnicity, and numerous other cancer risk criteria. The survey also provided a call-to-action plan outlining what age to start screening and how frequently it should be done for each individual. The researchers hope that by providing this online assessment, participants will be able to identify potential risk factors in people’s day to day lives so that they can begin to take action against.

Blood pressure and colon cancer risk may be lowered with vegetarian diet: Study