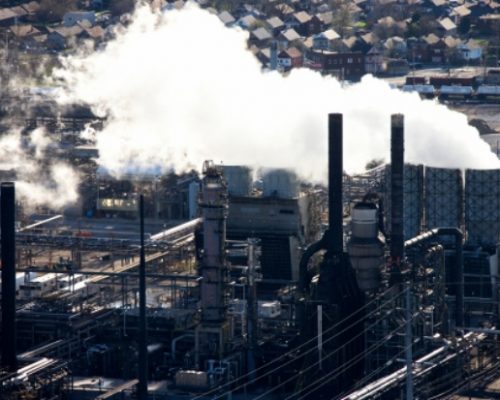 Previous studies have shown that an aging brain is vulnerable to stress. The researchers studied 780 older adults and looked at three factors: the seniors’ performance on standard cognitive tests, air pollution levels at the seniors’ place of residence, and the stress levels in their neighborhoods.

Lead researcher Jennifer Ailshire explained, “Neighborhood stressors are typically things people see in their residential environments that might bother them. For example, signs of criminal or deviant activity, such as graffiti, or places where such activities could take place, like abandoned buildings, might create a sense of heightened stress for residents. People also seem to be bothered by the general state of upkeep in their neighborhood—things like litter and trash in the neighborhood or buildings that are not being maintained and are decaying.”
“The types of stressors we examined in this study are primarily found in urban areas, and neighborhood stress is likely more prevalent in L.A. because it is a highly populated urban environment. Prior research has shown that air pollution is a greater concern in socioeconomically disadvantaged neighborhoods, where there also tends to be a higher prevalence of neighborhood-based social stressors. Although air pollution has been shown to have health impacts at the population level, we should also think about how the burden of air pollution exposure may be greater in disadvantaged areas,” added Ailshire.

Ailshire suggests that seniors, in particular, work on creating clean air in their homes by checking the air quality and putting in the necessary equipment to help purify indoor air.