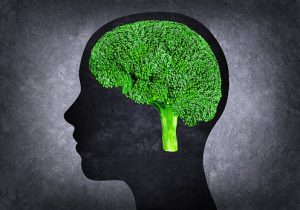 Cognitive decline, often observed in patients surviving a stroke, can be slowed down with a MIND diet. Researchers at Rush University Medical Center examined the MIND diet and claim that it reduces the risk of dementia that is commonly observed in stroke survivors.

The MIND diet (Mediterranean-DASH Diet Intervention for Neurodegenerative Delay) is a combination of two diets—the Mediterranean diet and the DASH (Dietary Approaches to Stop Hypertension) diet. Both these diets have been known to reduce hypertension.

What do these diets include?

The Mediterranean diet includes foods that are typically eaten by people who live in the Mediterranean region, used making local ingredients. Olive oil, fresh fruits and vegetables, whole grains, and fish are heavily consumed in this diet.

The MIND diet is a hybrid of these two diets and includes foods that are good for brain health. It has 15 components, 10 of which are “brain-healthy” and include berries, vegetables, fish, and olive oil. The other five belong to unhealthy groups such as red meat, dairy (butter and cheese), pastries and sweets, and fried or fast food.

Effect of the MIND Diet

Martha Clare Morris, a nutritionist who is one of the masterminds behind the MIND diet, researched the effects of different foods and nutrients on the human brain. She discovered that certain foods were good for brain health and reduced the risk of cognitive decline. This has the potential to delay or even prevent the onset of Alzheimer’s disease, thereby reducing Alzheimer’s risk.

Laurel J. Cherian, vascular neurologist and assistant professor at Rush’s Department of Neurological Sciences, led a study that involved 106 participants who had suffered from stroke and were experiencing cognitive decline. These participants had problems thinking, reasoning, and remembering. Each participant was given a diet and was studied for an average of 5.9 years. Their food habits were monitored and recorded.

Patients were divided into three groups based on their adherence to the MIND diet:

Researchers also accounted for other aspects of each participant including age, gender, genetics, cognitive abilities, education level, physical activities, and habits such as smoking.

They found that the participants who experienced a significantly low rate of cognitive decline adhered to the MIND diet. In fact, their brains functioned as though they were 7.5 years younger compared to participants who did not follow the diet.

Therefore, Cherian concluded that the MIND diet is “better suited to overall brain health and preserving cognition” compared to the Mediterranean and DASH diets.

Those who wish to adhere to the MIND diet can refer to the following schedule:

According to Cherian, one must consume foods that not only lower the risk of strokes and heart attacks, but also keeps our brains healthy to prevent cognitive decline. Eating the right foods in the correct proportion is important for brain function.