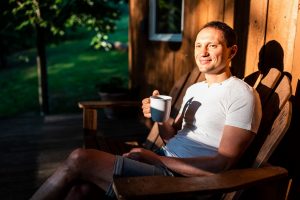 One of the biggest health concerns for aging men is prostate problems. Although an enlarged prostate is frustrating, it is very common. In many cases, it is nothing to worry about.

But sometimes it is. And when it is, the outcome can be devastating.

A study from earlier this year suggests that coffee consumption is closely correlated to prostate health. Findings indicate that several cups per day might be associated with a much healthier prostate.

The study, which was published in January in BMJ Open, found that men who drink more coffee tend to have healthier prostates than those who don’t. It also found that each additional cup may further reduce the risk of potentially fatal prostate disease.

Researchers searched databases of prior work on coffee consumption and prostate health. They classified the high coffee consumption as 2-9 cups per day and low consumption as one or less. They found that those who drank between 2 and 9 cups were able to cut their risk of severe prostate problems by 9 percent. Further, each additional cup was associated with a 1 percent risk reduction.

On the other hand, they found that not drinking coffee raised the risk for prostate trouble.

The findings do not indicate cause and effect; however, they show a strong association between coffee consumption and prostate health.

Drinking 9 cups of coffee per day, for most people, will be too much. Most people tolerate coffee well at small to moderate doses, but it contributes to sleep problems, anxiety, restlessness, and more.

Avoiding caffeine in the afternoon and evening is recommended. Further, avoid adding sugars, creams, sweeteners, and other products to coffee. These additives may contribute to the problems you seek to avoid.