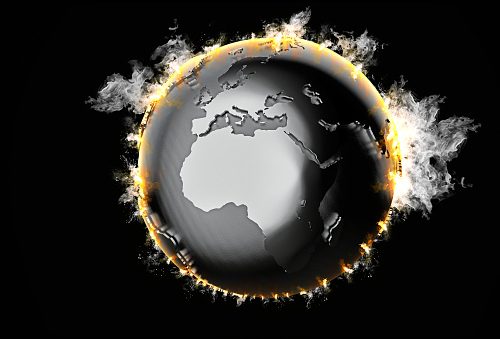 There is no denying that our planet is transforming—we’re faced with unusual climate changes, melting polar caps, rising sea levels, and more cases of type 2 diabetes. Yes, you read that right: new research suggests a surprising link between the earth heating up and an increase in type 2 diabetes diagnoses.

Researchers have estimated that for every 1 degree Celsius (1.8 degrees Fahrenheit) rise in the environmental temperatures, there will be, on average, more than 100,000 new cases of type 2 diabetes in the United States alone.

This may seem like an unreal number, but it’s a real possibility backed up by science and the knowledge of basic human physiology. According to the author of the study, so-called “brown fat” that is activated during cold spells that occur for at least a couple of days’ lead to an improvement in the body’s sensitivity to insulin, a hormone responsible for metabolizing glucose in the body into energy.

Lead researcher Lisanna Blauw stated: “The function of brown fat tissue is to burn fat to generate heat, which is important to prevent a drop in body temperature during cold exposure, therefore, we hypothesize that brown fat plays a role in the mechanism underlying the association between outdoor temperature and diabetes: in warmer climates, brown fat is less activated, which may lead to insulin resistance and diabetes.”
While the study cannot prove a direct cause-and-effect relationship between warmer temperatures and the development of type 2 diabetes, Blauw is adamant that her brown fat hypothesis may explain at least part of the association.

Currently, the prevalence of type 2 diabetes is very high around the globe and is steadily rising. In 2015, nearly 415 million people around the world had the disease, with researchers expecting that number to jump to has high as 642 million by 2040.

Supporting Lisanna Blauw’s hypothesis is a study that reported individuals with type 2 diabetes exposed to moderate cold for 10 days experienced a noticeable improvement in insulin resistance, meaning insulin was used more efficiently by the body. While it hasn’t been confirmed, this may have occurred due to an increase in brown fat activity. Other research studies also show how brown fat is most active in the winter.

No specific data has been reported that demonstrated a direct link between these two factors, but data from the World Health Organization on fasting blood sugar levels and obesity from 190 countries showed that an increase in outdoor temperature is related to an increase in new diabetes cases. They also noticed that people were more insulin-resistant in warmer countries.

How to exercise safely with type 1 diabetes