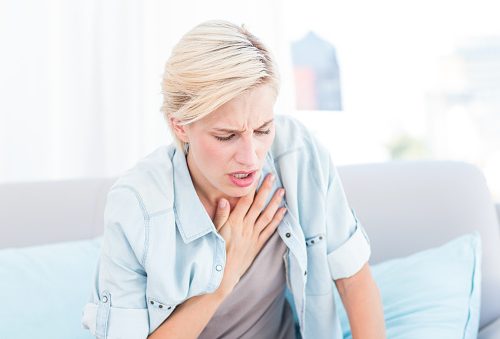 One of the greatest things about living in America is that in some states, you can experience all four seasons—the rejuvenation of spring, the sweltering heat of summer, the briskness of fall, and even the harshness of winter. While each season has its ups and downs, there’s no denying that all have an air of beauty attached to them. This change in seasons is shifting at an alarming rate due to the detrimental effects of climate change. New research has even found that climate change may increase your chances of developing asthma

The effects of changing weather

Climate change is already having a tangible effect on the planet. Previously mountainous glaciers have shrunk, plant and animal ranges have shifted, and people’s exposure to an outdoor fungus that damages lung airway cells has increased.

A fungus called Alternaria alternate has gone rampant, leading to a rise in asthma and allergy symptoms, according to researchers from the University of Minnesota and the Mayo Clinic in Rochester.

Asthma is a condition where the airways in your lungs narrow and swell, producing increased amounts of mucus. This phenomenon makes it difficult to breathe, often leading to coughing fits, wheezing, and shortness of breath.

There is no cure for asthma and sufferers can only manage their symptoms. While some people may find asthma symptoms to be a minor annoyance, for others, it can interfere with their daily lives and even lead to life-threatening attacks.
It isn’t clear why people develop asthma, but we do know that various irritants and allergens trigger the condition. These triggers vary from person to person and may include the following:

“These results suggest that continuing increases in atmospheric CO2 associated with global climate change will increase both the level of Alternaria exposure and antigenicity [the ability to produce an immune response] of spores that come in contact with the airways,” said the researchers.