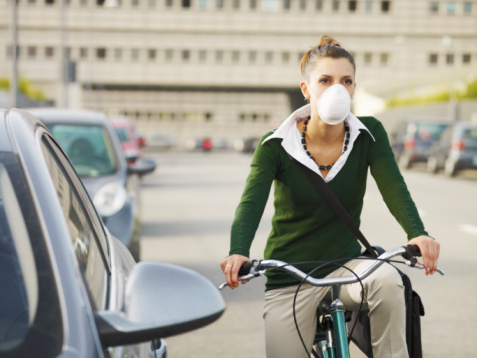 Previous studies have found that people living in urban areas as opposed to rural areas, have a higher likelihood of developing allergic reactions and allergic conditions such as eczema, asthma and seasonal allergic rhinitis.  In addition, the results from a new study that will be published in the July issue of Clinical Pediatrics, suggest that city living increases the likelihood for food allergies in children.

The study was conducted by Ruchi Gupta, M.D., an assistant professor of pediatrics at Northwestern University Feinberg School of Medicine and a physician at the Ann & Robert H. Lurie Children’s Hospital of Chicago, and his colleagues. The researchers analyzed 38,465 children under the age of 18, living in urban centers, metropolitan cities, urban outskirts, suburban areas, small towns and rural areas. To ensure accurate results, they controlled for race, ethnicity, gender, age and household income.

The researchers found that nearly 10 percent of children living in urban centers had food allergies, while only 6.2 percent of children living in urban areas suffered from allergic reactions to food. They also found that urban children were twice as likely to be allergic to peanuts and three times as likely to be allergic to shellfish as the rural living children.  Of all of the states, Florida, Georgia, Nevada, Alaska, New Jersey, Delaware, Maryland and the District of Columbia, had the highest percent of children with food allergies.  “We have found for the first time that higher population density corresponds with a greater likelihood of food allergies in children,” said Gupta.

Much Different Than Seasonal Allergies

The exact reason why city living increases ones susceptibility to allergies is unknown; however one hypothesis is that the overabundance of pollutants in urban areas may trigger the allergic reactions.  Another hypothesis is that infants who grow up in rural areas are exposed to certain bacteria that help to protect them from developing hypersensitivities to allergens.

Unfortunately, there is no permanent cure for food allergies offered by mainstream medicine and although scientists have many theories, including this most recent city living hypothesis, they have no definitive explanation as to what makes people develop allergic reactions to otherwise harmless substances. “This shows that environment has an impact on developing food allergies. Similar trends have been seen for related conditions like asthma. The big question is — what in the environment is triggering them? A better understanding of environmental factors will help us with prevention efforts,” says Gupta.

Although this study is insightful, packing up and moving to the suburbs is not a practical solution for most. While more research is being done, you may want to consider seeking the council of a preventative medicine practitioner, such as a naturopathic doctor, in order to address allergic reactions without the use of harmful drugs.