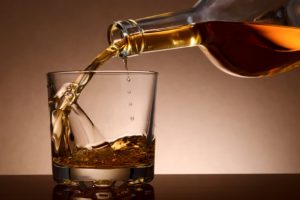 Lead investigator Gro Askgaard explained, “For the first time, our study points to a risk difference between drinking daily and drinking five or six days a week in the general male population, since earlier studies were conducted on alcohol misusers and patients referred for liver disease and compared daily drinking to ‘binge pattern’ or ‘episodic’ drinking. Since the details of alcohol-induced liver injury are unknown, we can only speculate that the reason may be that daily alcohol exposure worsens liver damage or inhibits liver regeneration.”

For the study, the researchers assessed drinking habits of 56,000 participants from Denmark. All the participants underwent a brief physical examination and completed very detailed food frequency questionnaires along with questionnaires measuring other lifestyle habits, including alcohol consumption, smoking, physical activity, etc. Respondents had to recollect their past alcohol drinking habits, too.

Of the participants, 257 men and 85 women developed cirrhosis of the liver. No cirrhosis cases were observed among participants who never drank.

In men, the strongest predictor of alcohol cirrhosis was recent alcohol consumption, not lifetime consumption. Daily drinking was shown to increase the risk of cirrhosis.

For women, the conclusions were generally the same, but not definitive enough due to insufficient statistical data.

Dr. Askgaard added, “Earlier studies regarding lifetime alcohol consumption and risk of alcoholic cirrhosis reached opposite conclusions, for instance, whether a previous high level of alcohol amount predicted future risk, even after having cut down. From a clinical point of view, this is relevant in order to execute evidence-based counselling, and from a public health perspective, it may guide health interventions for the general population.”

Jürgen Rehm from the Centers of Mental Health and Addiction in Toronto, Canada, commented, “This is a timely contribution about one of the most important, if not the most important risk factor for liver cirrhosis globally, because our overall knowledge about drinking patterns and liver cirrhosis is sparse and in part contradictory. The work of Askgaard and colleagues not only increases our knowledge, but also raises questions for future research. The question of binge drinking patterns and mortality is far from solved, and there may be genetic differences or other covariates not yet discovered, which play a role and could explain the different empirical findings.”

The study reaffirms the importance of moderating alcohol consumption as a means of preventing liver disease.