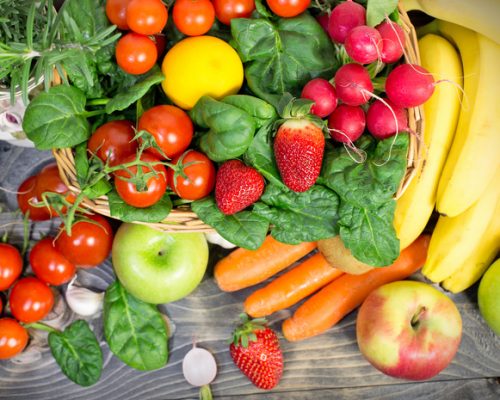 Chronic kidney disease patients consuming high acid diet are more likely to develop kidney failure. Diet and nutrition are important factors contributing to proper kidney function. For example, many studies have shown that a poor diet can accelerate kidney failure in those with kidney disease.

A low acid diet consists of high intake of fruits and vegetables, while a high acid diet is one containing more meat. The researchers looked at 1,486 adults with chronic kidney disease who were followed for an average of 14.2 years.

The researchers found that higher levels of dietary acid load were strongly associated with the progression of kidney failure in chronic kidney disease patients.

Dr. Tanushree Banerjee, lead researcher, said, “Patients with chronic kidney disease may want to pay more attention to diet consumption of acid-rich foods to reduce progression to kidney failure, in addition to employing recommended guidelines such as taking kidney-sparing medication and avoiding kidney toxins. The high costs and suboptimal quality of life that dialysis treatments bring may be avoided by adopting a more healthy diet that is rich in fruits and vegetables.”

An alternative study has found that adding fruits and vegetables into your diet may help protect the kidneys in chronic kidney disease patients. A typical Western diet is mainly based on animal and grain foods –which are very acidic. In kidney disease, the kidneys are unable to remove the excess acid from the body, so it accumulates and builds up (metabolic acidosis).

Increasing the intake of fruits and vegetables has been found to reduce acidity and alkalize the body, this way helping to preserve kidney function.

The researchers looked at 71 patients with hypertensive stage four kidney disease who received fruits and vegetables or an oral alkaline medication for one year.

Here’s what the study uncovered:

Researcher Donald Wesson concluded, “We showed that by addition of alkali such as bicarbonate or alkali-inducing fruits and vegetables, patients had a favorable response by reduction of urinary kidney injury markers. Our study suggests that these interventions will help maintain kidney health in those with kidney disease.”