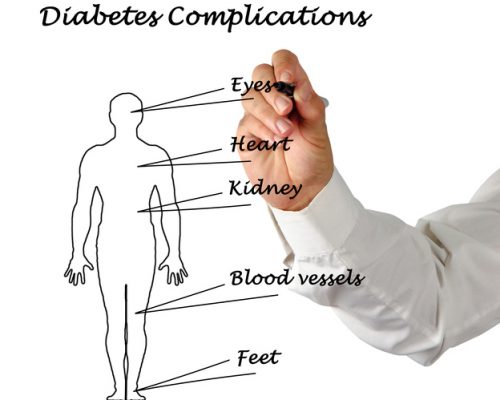 Chronic kidney disease has long been associated with diabetes, but a recent study has uncovered a novel link between the two conditions. The researchers found that when kidneys fail, the buildup of urea in the blood can lead to diabetes.

Principal investigator Dr. Vincent Poitout said, “We identified molecular mechanisms that may be responsible for increased blood glucose levels in patients with non-diabetic chronic kidney disease. Our observations in mice and in human samples show that the disease can cause secondary diabetes.”

Chronic kidney disease is the irreversible loss of kidney function, which means the kidneys can no longer filter waste and toxins in the blood. Eventually, patients must undergo dialysis or get a kidney transplant.

“In patients with chronic renal failure, the kidneys are no longer able to eliminate toxins. Urea is part of this cocktail of waste that accumulates in the blood. In nephrology textbooks, urea is presented as a harmless product. This study demonstrates the opposite, that urea is directly responsible for impaired insulin secretion in chronic kidney disease,” Koppe continued.

The researchers identified a protein called phosphofruktokinase 1. Dr. Poitout explained, “The function of this protein is altered by an increase in blood urea, which occurs in chronic kidney disease. Increased urea causes impaired insulin secretion from the pancreatic beta cells. This creates oxidative stress and excessive glycosylation of phosphofructokinase 1, which causes an imbalance of blood glucose and may progress to diabetes.”

The study highlights the importance of keeping in mind this reverse effect that kidney disease can have on the onset of diabetes.

Kidney disease has been found to contribute to the increased mortality risk among type 2 diabetics. Roughly one in 10 Americans has diabetes, if which one-third will go on to develop kidney disease. Although it is possible to live a healthy life with diabetes, once kidney disease develops, the risk of mortality increases.

For the study, the researchers examined 10-year mortality rates among 15,046 Americans. Kidney disease was present among 9.4 percent and 42.3 percent of individuals without and with type 2 diabetes, respectively.