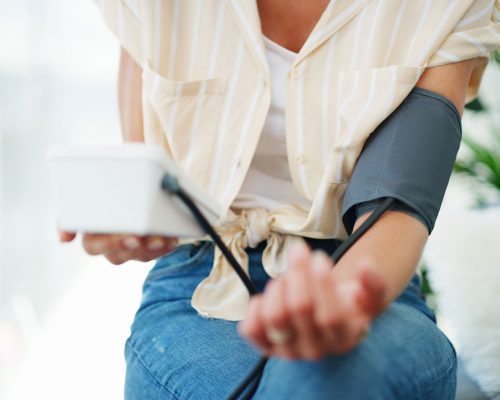 A new study has found that chronic hypertension could be a risk factor for maternal death among black women in particular. Researchers from Rutgers Robert Wood Johnson Medical School’s Department of Obstetrics, Gynecology, and Reproductive Sciences suggest that mortality rates among women with chronic hypertension have increased substantially.

For the study, researchers analyzed data from more than 155 million births and 3,287 hypertension-related maternal deaths among women aged 15 to 49 from 1979 to 2018 in the United States. The conclusion published in Hypertension showed a 15-fold increase in maternal mortality rates associated with chronic hypertension over the 40-year period.

Age can be a factor in mortality linked to chronic hypertension, as the incidence among older women sharply increased, with the highest among women aged 45 – 49. Obesity was also found to be a factor in maternal mortality.

Researchers also noted a substantial race disparity in maternal mortality trends due to hypertensive conditions. Black women had a three- to four-fold increased risk of dying from a hypertension-related cause compared to white women in the US. Researchers believe this may be due to problems with access to care and higher risk factors in the group.

Strategies are needed to reduce the mortality rates among women with chronic hypertension. Researchers believe the key is focusing on improvements in advanced maternal age, obesity, and racial inequalities. The need to better identify and treat women with chronic hypertension and develop better interventions are needed, including blood pressure control and management of body mass index.

Blood pressure is a condition that not only affects pregnant women, but nearly half of the adult population in the US have hypertension. The condition can lead to a host of health problems, so it is vital to take steps to help reduce blood pressure readings.