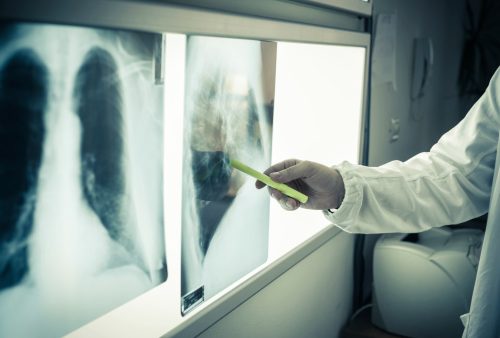 Cholesterol is known by most people as being a fat-like substance that clogs arteries, leading to heart-related problems. While this is true, cholesterol is actually a vital component of human physiology. Your body needs the substance to make various hormones, vitamin D, and according to new research, it exists on the surface of the lung, playing a key role in breathing.

Cholesterol is often seen as having a negative impact on our health, but this is only when elevated levels are found in the body. Much of this excess cholesterol is attributed to poor diets and a lack of exercise. When too much cholesterol is found in the blood stream, the development of fatty deposits occurs in the lining of blood vessels. Eventually, these deposits make it difficult for blood to flow, leading to the deprivation of oxygen to the heart and other organs.

The lungs and cholesterol

Our lungs serve as the area of oxygen and carbon dioxide exchange. When we breathe, we inhale air which fills up tiny air sacs called alveoli. Covering these sacs is a nanoscale film called surfactant, which allows the alveoli to expand and deflate accordingly. It also affects the transportation of various molecules between air and the body’s blood vessels.

Researchers have found that cholesterol is an important part of surfactant. Its levels in the system may even affect lung function.

“Our study addresses the effect of cholesterol on the surface of the alveoli. We have obtained astonishingly clear results,” says Emma Sparr, professor of chemistry at Lund University.

The study utilized advanced nuclear magnetic resonance technology to see how cholesterol affects the molecular structure of the thin film of the alveoli. This method allowed the researchers to obtain entirely new information previously not known about this substance.

Having this knowledge of cholesterols involvement in the composition of surfactant could be significant to remedying problems regarding it.

This is no more apparent than when dealing with premature babies, as their lungs have not matured enough to make their own surfactant. To remedy this, we give them surfactant drugs that have a good effect in the acute phase, but they still see long-term damage to the lungs. Cholesterol may play a key role here.

The researchers are confident that the significance of cholesterol on this bodily surface can support the development of new clinical methods.

“The effect of cholesterol on the surface of the alveoli is very clear and could eventually be included in the clinical preparations, which makes good sense as our own bodily surfactant contains this substance in quite significant levels,” said Marcus Larsson, a physician, and researcher at Lund University’s Faculty of Medicine.

Related: Why cholesterol is not as bad as you think

Cholesterol in eggs and egg whites: Understanding the myth