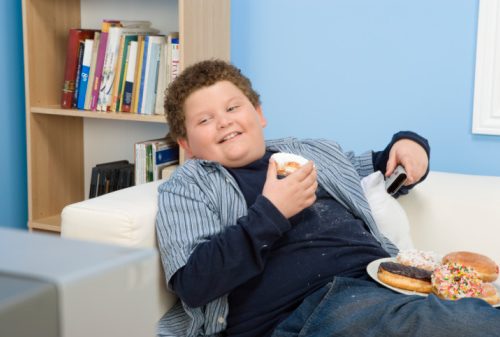 Rates of childhood obesity continue to rise in the U.S. since 1999. Researchers found that one-third of children aged two to 19 years old are overweight, nearly one-quarter are obese, and over two percent are severely obese. Lead researcher Asheley Skinner said, “Despite other recent reports, all categories of obesity have increased from 1999 to 2014, and there is no evidence of a decline in the last few years.”

Skinner suggests that treatment for overweight and obese children is urgent, as it increases their risk of heart disease, diabetes, and cancer. “Unless we make big changes on a national level, we’re not going to see huge changes in obesity. We have created a culture where kids aren’t very active, and one where it’s commonplace and easy to eat fast food, but that doesn’t mean that we can’t change that,” Skinner explained.
Awareness and effort to combat childhood obesity have been increasing, but no solution has been put in place. So far, school lunches have improved, but this tactic won’t change overall obesity rates as children are surrounded by influences that encourage poor eating habits – in addition to being less active.

Skinner added, “But if you change school lunch, and you increase opportunities for physical activity, and you make it easier for parents to access healthier foods, then you start creating an environment that supports healthy weight.”

Dr. William Dietz, who wrote an accompanying journal editorial on the study, believes that childhood obesity is leveling off and not really increasing. He suggests that putting policies into place to prevent obesity. “Once a child has obesity, it’s a lot more difficult to get them to lose weight. We don’t have enough doctors to treat severe obesity in children. We have to think about what other care and community-based services could have an impact,” he explained.

For Dr. Dietz, the key to combating childhood obesity is to make healthier choices, like replacing soda in the vending machines at school with natural juices and water. “These types of environmental strategies are things we should be thinking about,” Dietz concluded.