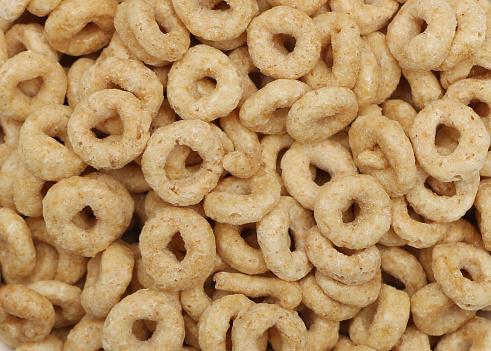 General Mills, the brand that brings us Cheerios, Lucky Charms and Cinnamon Toast Crunch, is being sued for misleading consumers about their latest Cheerios variety. The lawsuit indicates that the new variety, known as Cheerios Protein, doesn’t actually provide what it promises – more protein.

Michael Jacobson, Ph.D., from the Center for Science in the Public Interest (CSPI) said, “The overall impression of the box is that the cereal has a lot more protein than traditional Cheerios, but when you look at the nutrition label, it’s clear that Protein Cheerios has only a little bit more protein, and a lot more sugar. We think that’s very deceptive.”

When comparing the two Cheerios varieties, Cheerios Protein contains seven grams of protein and 17 grams of sugar and regular Cheerios has three grams of protein with only one gram of sugar. The minimal difference in protein between the two cereals doesn’t warrant General Mills to place the word ‘protein’ in bold letters. Furthermore, the average American consumes 80 grams of protein a day, even though recommendations are only 56 grams for men and 46 grams for women. So, do we really need to stock up on more protein first thing in the morning?

The CSPI does not argue that the amount of sugar present in Cheerios Protein is the core problem – it is the deception General Mills is exposing to consumers, portraying Cheerios Protein as a product with extra protein, even though there is almost no difference between their new product and the original.

The protein market is booming and many Americans say they want more in their diet, so it’s no surprise that General Mills would want a piece of that market.

The question does remain: Are so many new labels popping up that the FDA or U.S. government cannot keep up? In 2010 alone the FDA issued warnings to 17 companies about changing their labels due to unfounded health claims.

In the meantime, should General Mills just make their information more upfront instead of tucking it away on the back of the box? Or do consumers need to become more attentive and inquisitive when it comes to purchasing products? It’s up to you to decide the next time you head into a grocery store.