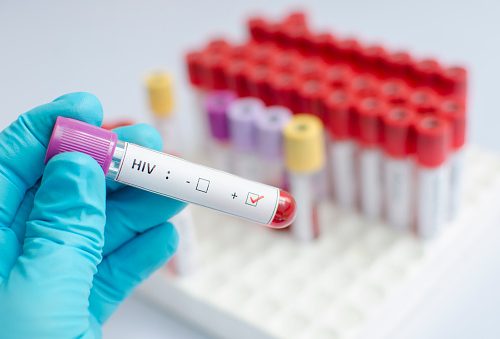 Controversial celebrity Charlie Sheen made a big announcement today; he is HIV positive and has been for the past four years. On NBC’s Today Show he said, “I am here to admit that I am in fact HIV positive and I have to put a stop to this onslaught, this barrage of attacks, of sub-truths – very harmful … stories that are threatening the health of so many others.”

Sheen has been in the public eye for many years. In 2011 he was fired from the hit television show Two and a Half Men for his public-meltdown. Sheen has also been seen in many hit films, such as Major League, Hot Shots and Wall Street.

The Centers for Disease Control and Prevention (CDC) estimate that 50,000 people contract HIV (human immunodeficiency virus) each year and 1.2 million Americans currently have the disease. HIV, unlike other viruses, cannot be removed from the human body; therefore, a diagnosis of HIV is for life, and there is currently no cure, only treatment.

HIV affects the immune system by attacking CD4 cells, or T cells. If HIV is untreated, it can continue to destroy cells in the body and prevent the body from fighting off infection. Treatment for HIV is called antiretroviral therapy or ART. This is a daily combination treatment of HIV medications. Today’s treatment for HIV has allowed HIV patients to live a normal life span without many complications.

HIV is spread person-to-person through bodily fluids, from an infected person to a non-infected person. It can be passed through blood, semen, pre-seminal fluid, rectal fluids, vaginal fluids, and even breast milk. When these infected fluids reach the mucous membrane or damaged tissue – or if they are directly injected into the bloodstream – that is how transmission can occur. HIV can be transmitted through sexual intercourse, injection, pregnancy or breastfeeding, occupational exposure and blood transfusions or organ transplants.

As more awareness surrounding HIV comes to light, it prompts further research and brings us all one step closer to a possible cure.