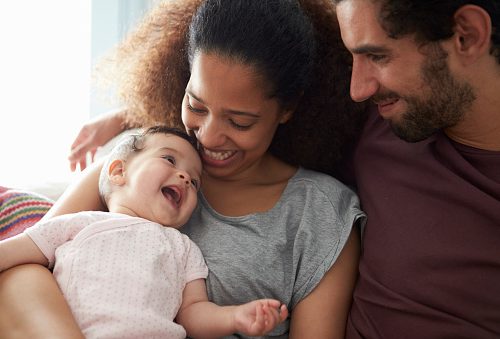 A new study out of Northwestern University claims that a child’s upbringing, specifically their environment, can lead to negative health outcomes later in life.

The researchers asked themselves, “How is it our bodies ‘remember’ experiences in infancy and carry them forward to shape inflammation and health in adulthood?” Not only were they able to answer this question, they also answered a lingering question involving the development of inflammation.

These three factors contributed to DNAm—an epigenetic process that regulates gene expression—in nine genes that control inflammation in the body. They explain how early life experiences affect cellular memory. These early-life events are remembered and affect inflammation, which increases the risk of developing a disease that stems from inflammation as well. Changing a child’s nutritional profile, their microbial exposure, and the amount of adversity they are introduced to can all play a big role in determining their genetic makeup in adulthood.

“Taking this a step further, the findings encourage us to reconsider the common view that genes are a ‘blueprint’ for the human body—that they are static and fixed at conception,” said Thomas McDade, lead author of the study.

“If we conceptualize the human genome as a dynamic substrate that embodies information from the environment to alter its structure and function, we can move beyond simplistic ‘nature vs. nurture’ and ‘DNA as destiny’ metaphors that don’t do justice to the complexity of human development,” said McDade.

This new approach would throw away the old notion that you can’t escape your DNA, while also eradicating the opposing theory of how you are raised trumping DNA in childhood development. In actuality, DNA and nurture both play a role in how you turn out as an adult. They don’t only affect your personality and way of thinking, but also your disease development and conditions you are prone to getting.

The study could not have been done without data taken from a birth cohort study done in the Philippines.