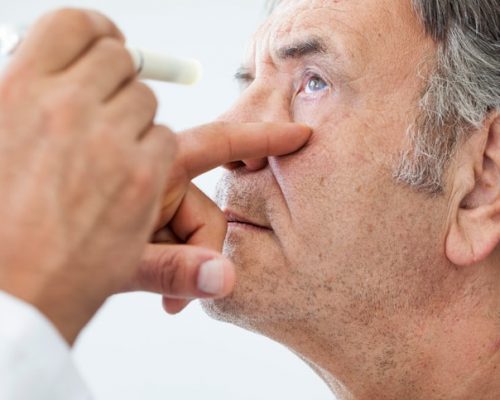 A new study has found a link between age-related vision loss and cognitive decline. The study included older adults aged 65 to 85. Visual and cognitive tests were performed on the participants to determine any possible link between the two.

At the start of the study, the average vision was 20/25 and cognitive function was deemed normal. There was a link between poor vision at baseline and cognitive decline as the study progressed. For example, the loss of one letter on the visual exam was correlated with 11 percent cognitive impairment at baseline, and it jumped to 20.6 percent after eight years.


The authors of the study wrote, “This demonstrated visual acuity is likely the dominating factor of the dynamic associations between visual acuity and [Mini-Mental State Examination] MMSE score. To our knowledge, this is the first time this dependency has been shown.”

The study reinforces that visual impairment is linked to cognitive decline because it reduces a person’s ability to participate in brain-stimulating activities and further suggests that proper cognition relies on healthy vision.

Lead author of the study D. Diane Zheng concluded, “Worsening vision in older adults may be adversely associated with future cognitive functioning. The study finding suggests maintaining good vision through the prevention and treatment of vision disorders in old persons may be a strategy to lessen age-related cognitive changes.”