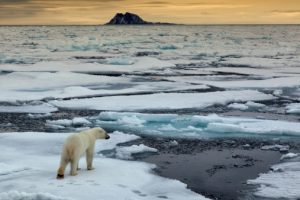 Researchers at Columbia University’s National Center for Disaster Preparedness (NCDP) and the University of Washington have released new findings which suggest that changes in climate have implications on public health. For the article, climate change’s impact on human health was explored in the U.S. Gulf Coast and other coastal regions.

The review rides the coattails of President Obama’s latest announcement of reducing carbon emissions as part of the Clean Power Plan.

Changes in climate threaten mental and physical health and can further lead to social instability which can result in violence and migration away from locations which can no longer provide food, water and shelter. Coastal areas, in particular, are at higher risk due to being more vulnerable to climate change and hazards such as coastal erosion and sea levels rising.

Dr. Irwin Redlener, director at Columbia University’s Earth Institute, said, “The science of climate change and the threat to human and population health is irrefutable – and the threat is evolving quickly.” Dr. Redlener, also a professor of Health Policy and Management at Columbia’s Mailman School of Public Health, added, “Unfortunately, we are now at a point where simply slowing climate change, while critical, is not enough. We need to simultaneously develop and deploy ways of mitigating the impact and adapting to the consequences of this environmental disaster.”

The U.S. Gulf is expected to experience drastic changes to climate, causing higher temperatures, an increase in sea levels and more intense hurricanes. Because of this they are at a higher risk of experiencing the health implications brought on by climate change. Changes in climate can cause the coastlines to become less hospitable and dangerous for residents. This can result in residents migrating away from the coast.

Dr. Eliza Petkova of the NCDP said, “Climate change may amplify existing public health impacts, such as heat-related morbidity and mortality, malnutrition resulting from droughts and injury and deaths following exposure to floods.”

Key recommendations from the study include:

The study was published in International Journal of Environmental Research and Public Health.