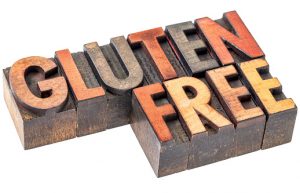 Gluten-free diets have become all the rage these days, but what most people don’t realize is that there are people who have to avoid even the smallest amount of gluten or risk triggering a damaging autoimmune response in the intestines. According to a recent study, researchers may have found the culprit behind the disorder, which is supposedly triggered by a common and relatively harmless viral infection.

Celiac disease—sometimes called sprue or coeliac—is a condition where people have a damaging immune reaction whenever they consume gluten, a protein found in wheat, barley, and rye. The immune reaction occurs in the small intestine and damages the intestinal lining over time, leading to malabsorption of essential nutrients, weight loss, fatigue, bloating, and anemia. This can be very troublesome, especially for young children who require proper nutrition to ensure normal growth and development. Currently, there is no cure for celiac disease, and a strict gluten-free diet is the most common treatment for managing symptoms and promoting intestinal healing.

In a recent study using mice infected with particular strains of a common human intestinal reovirus, researchers discovered the mice had compromised immune systems that could not tolerate gluten afterward. They also cross-checked patients who had the disease and found that they had much higher levels of reovirus antibodies than those without.

“This study clearly shows that a virus that is not clinically symptomatic can still do bad things to the immune system and set the stage for an autoimmune disorder, and for celiac disease in particular,” said senior study author Dr. Bana Jabri. She is director of research at the University of Chicago’s Celiac Disease Center.
This is definitely an interesting finding, as this virus isn’t known to cause any harm to the body that can be appreciated, such as the common cold virus, but it seems to affect the intestinal lining and perhaps the immune system in some way. Researchers aren’t exactly sure how reoviruses are achieving this, but they speculate that its viral genes coming in contact with its host (humans) play a major role. There are cases of viral infections leading to more complicated disorders, however, as some cases of diabetes type 1 can be induced by viral infections at any age, despite being a disease that primarily affects young children. The researchers suggest that those who are prone to the disorder should consider vaccination, helping to prevent these incidents from occurring or at least decreasing their likelihood.

“During the first year of life, the immune system is still maturing, so for a child with a particular genetic background, getting a particular virus at that time can leave a kind of scar that then has long-term consequences,” Jabri said. “That’s why we believe that once we have more studies, we may want to think about whether children at high risk of developing celiac disease should be vaccinated.”