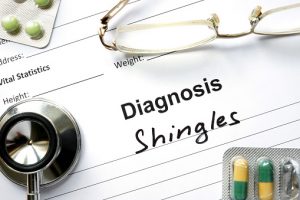 From a cost effectiveness point of view, the shingles vaccine is not a viable option for people age 60 or less, according to the Centers for Disease Control and Prevention (CDC).

The author of a study on the subject of shingles vaccines says it is not surprising that the CDC does not recommend the shingles vaccine for people below 60 years of age. In fact, the results of the study actually support the CDC’s policy.

Varicella zoster virus is one of eight herpes viruses that infect humans and vertebrates. Shingles – also known as herpes zoster, zoster, or zona – is a viral disease that manifests itself with a painful skin rash and can include blisters. Caused by the shingles virus (same virus that causes chicken pox), the rash typically occurs on either the left or right of the torso (or face) in a single strip. Unlike chicken pox in adults, the rash is self-limiting and is usually seen in a small area.  The rash is preceded by a pain or tingling, two to four days before it breaks out.  While anyone can develop the condition, it is more common among older people.

In the U.S. about one million people develop shingles each year. While some of them recover with treatment, most of them continue to have persistent severe pain (post-herpetic neuralgia) in spite of being treated with antiviral drugs.

In a study of 38,000 adults aged 60 and older who received the zoster vaccine, the live vaccine has been shown to reduce the incidence of shingles by 51.3 percent. The vaccine also reduced the number of cases of post-herpetic neuralgia by 66.5 percent. But these results are for people over 60 years of age.

Though the FDA has cleared the use of this vaccine for use among those age 50 and older, the CDC’s Advisory Committee on Immunization Practices (ACIP) does not recommend the vaccine before age 60.

It all comes down to cost. The cost of one shingles vaccination could range between $150 and $300.

To justify their recommendation, the CDC researchers used a computer to estimate the effectiveness of the vaccine in people aged 50 to 59.

According to their calculation, just 25 shingles cases and one case of shingle-related pain would be prevented for every 1,000 people receiving the vaccine at age 50.

Typically, a preventive treatment is considered to be cost-effective if it costs at most $100,000 per quality-adjusted life-year (QALY). The new analysis found the shingles vaccine costs over $300,000 per QALY.

According to the study’s senior author, Dr. Michael Rothberg, from the Cleveland Clinic, when the vaccine is given at ages 60 to 70, its protective effect lasts 10 to 12 years, but if one gets the vaccine when one is just 50 years old, the person is pretty much unprotected by the time he/she turns 60.

From their point of view, the people at Merck (the makers of the shingles vaccine) exalt its values saying it’s important not to lose sight of the impact of the disease.

According to Dr. Eddy Bresnitz, the executive director of medical affairs for adult vaccines at Merck, the FDA approved indication for Zostavax (the vaccine) begins at age 50 and given the demonstrated efficacy rate of 70 percent for people 50 to 59 and safety profile of Zostavax, vaccination could help to prevent many of these cases.

The research team does not disagree with the clinical value of the vaccine. They just point out that if the vaccine’s effectiveness lasted longer, or the price of the drug was less, it might be cost effective. In fact, they believe if the vaccine were to cost $80 or less per dose it could be considered to represent good value for 50-year-olds.  It’s unlikely, though, that the vaccine will ever cost that little.