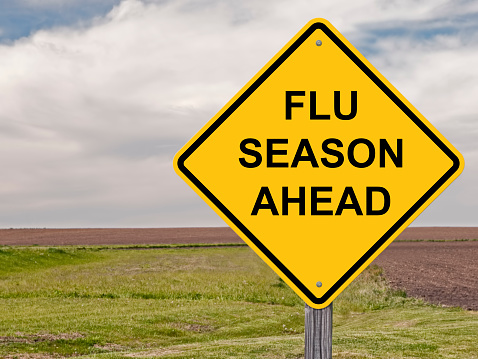 When the flu season began, the Centers for Disease Control and Prevention (CDC) reported it to be mild, and it appears this trend is continuing. Additionally, they note that the flu shot this year has proven to be far more effective than the last year’s version. The CDC does report that the peak of flu season is still expected some time in March, so we are not fully in the clear as of yet.

Lynnette Brammer, an epidemiologist in the CDC’s influenza division, said, “Last week influenza activity did increase a bit more and at a little bit faster rate.”

Last week, doctor’s offices saw a small spike in flu cases from 2.5 percent to 3.4 percent. Brammer added, “To date, it’s still been a mild season, with low levels of hospitalizations and low levels of flu-associated deaths.”
Last year, the flu season began early, and it was particularly bad. This time last year, the flu was already severe, landing thousands in the hospital, especially seniors. “By this time last year, we had peaked and were coming down,” explained Brammer.

Even though this year’s flu season has been deemed mild, it has led to 13 children’s death. Generally, flu-related deaths in children are between 40 and 300, so this year is still quite low.

Dr. Joseph Bresee, chief of CDC’s Epidemiology and Prevention Branch, added, “This means that getting a flu vaccine this season reduced the risk of having to go to the doctor because of flu by nearly 60 percent. It’s good news and underscores the importance and the benefit of both annual and ongoing vaccination efforts this season.”

Milder weather may be a key factor in the decline in flu cases along with how many people are getting vaccinated for the flu.

Anyone over the age of six months can get vaccinated for the flu. Seniors, young children, and pregnant women are at highest risk for flu complications, so it is highly recommended for these groups to get vaccinated.

The researchers report that it’s still not too late to get vaccinated as we approach the peak – which is the halfway point of the season meaning, there is still a long way to go.