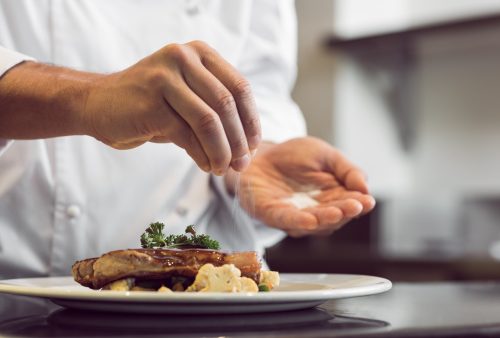 The Centers for Disease Control and Prevention (CDC) have reported that Americans are still consuming too much salt which is a known risk factor for high blood pressure which can lead to further heart complications. Based on the new 2015-2020 guidelines, the report indicates the 90 percent of children and 89 percent of adults still consume high amounts of salt daily. The new guidelines recommend no more than 2,300 mg of salt daily – this is equivalent to a teaspoon.

Lead study author Sandra Jackson said, “Nearly all Americans, regardless of age, race or gender, consume more salt than is recommended for a healthy diet. Reducing salt can lower blood pressure and also lower the risk of heart disease.”
Jackson reports that nearly 70 millions Americans have high blood pressure and only half have it under control. Heart disease and stroke are responsible for nearly 800,000 deaths annually which can be prevented by managing and controlling blood pressure.

The new guidelines not only touch upon reducing salt but they also suggest reducing saturated fat as well along with increasing fruits and vegetables and whole grains.

Although advice to cut back on salt has been around for decade’s majority of Americans still remain to consume high amounts of salt due to processed foods or restaurant food and so they don’t realize how much salt is actually hidden in these food items.

For the largest impact food manufacturers and restaurants would need to cut back on the salt they used in their food as Jackson explained, “That’s the most powerful public health tool for reducing salt for the American population.”

The report also outlines differences in salt consumption between gender and races including:

Jackson suggests reading food labels, making meals at home and following the DASH diet (Dietary Approaches to Stop Hypertension) can be beneficial in reducing salt intake and reducing the risk of heart attack and stroke.