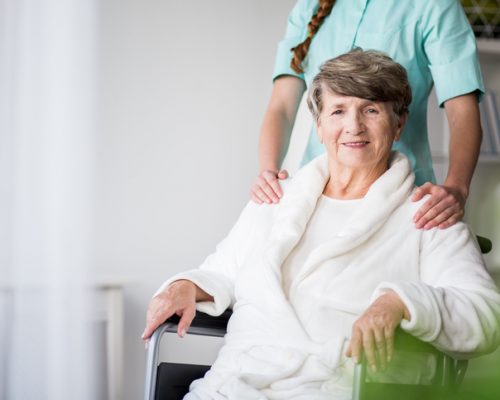 Vascular dementia may be brought on by a stroke or multiple smaller strokes. Vascular dementia is a gradual or permanent loss of brain function. It can affect memory, thinking, language, judgement, and behavior.

All parts of our body require blood flow to function. When blood flow becomes compromised, the function of the body part or organ can begin to deteriorate because cells start dying off. The brain has one of the richest networks of blood vessels and can be particularly vulnerable to damage if blood flow is decreased.

A stroke occurs in the brain when blood flow is diminished. Side effects of a stroke can include speech and language impairment, changes in motor skills, and even paralysis. A major stroke or multiple smaller strokes can contribute to vascular dementia.

Types of vascular dementia include multi-infarct dementia and Binswanger’s disease.


Signs and symptoms of vascular dementia

Symptoms of vascular dementia can be gradual or progress after a stroke takes place. Symptoms may be seen immediately after a stroke is experienced and may improve for short periods of time.

Symptoms of vascular dementia include:

Symptoms can worsen and lead to:

Vascular dementia has its own symptoms, which may present themselves alongside with common stroke symptoms.