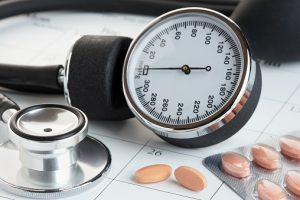 A research study published in Optometry and Vision Science suggests that age-related cataracts are associated with type 2 diabetes and statin use. The study was conducted by researchers of University of Waterloo, Canada, led by Carolyn M. Machan, O.D.

The researchers noted that there was an increased rate of age-related cataracts in both the diabetic patients and the participants taking statins.

In fact, after taking other factors into consideration, the team concluded that statin use was associated with a 57 percent increase in cataract risk. The cataract risk for diabetic patients was significantly higher – 82 percent. However, despite the increased rate of statin use among diabetic patients, the two risk factors were seemingly independent of each other.

In another related study, published in the Canadian Journal of Cardiology, researchers looked at more than 207,000 adults with cataracts and more than 1.1 million without them.

At the end of the study, the researchers concluded that while statins such as Lipitor, Zocor, and Crestor protect many people from heart attack and stroke, they may increase the risk of developing vision problems. However, the lead researcher of this study Dr. G.B. John Mancini, a professor of medicine at the University of British Columbia in Vancouver, said the study can’t prove that statins cause cataracts, and even if they do, he feels that the benefits of statins justify the small risk of cataract surgery.

Dr. Mark Fromer, an ophthalmologist at Lenox Hill Hospital in New York City, justifies the use of statins, but with a different perspective. He says the chance of developing a cataract is 100 percent in everybody, and they can be treated with surgery that is quick, painless, and 99.9 percent successful.  Statins increase the length of life by decreasing strokes and heart attacks. He adds “So, since you are going to get a cataract anyway, you might as well take your statin – it’s in your best interest.”

While, it might seem from these comments that researchers are pro-statins, the final call rests with you. After all, your eyes are your windows to this world. And if you would like to keep them seeing brighter and sharper for a few more years, then you must do all you can to protect your eyes. And one way is to try and control your cholesterol levels with a healthy diet and a lifestyle conducive to low cholesterol. Agreed, it might be a more difficult way to control cholesterol, but in the long run, your eyes will thank you.

Cataract surgery: Tips to a speedy and safe recovery