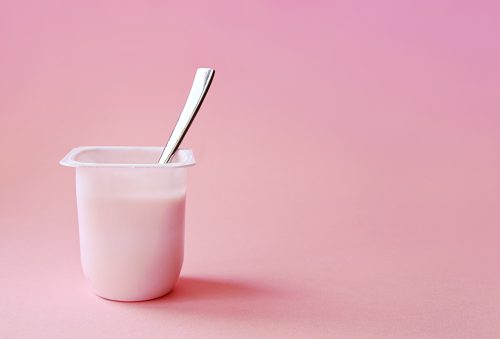 Cardiovascular risk is usually high for hypertensive people, but new research shows that consuming yogurt regularly can reduce this risk.

Hypertensive people usually have high blood pressure levels, which can lead to heart problems and can even cause heart failure. People suffering from the condition are usually put on medication and are advised to consider a low sodium diet. However, researchers at Oxford University decided to study whether there was a link between a dairy product such as yogurt and cardiovascular health.

Background to the study

The idea of exploring the link between yogurt and heart health stemmed from previous studies that linked dairy consumption with health benefits for people affected by high blood pressure, type-2 diabetes, and insulin resistance, which are risk factors of cardiovascular disease.

Since hypertension is closely associated with cardiovascular risk, researchers decided to evaluate whether:

The key source of data

Researchers based their study on data collected during the Nurse’s Health Study of 1980 and the Health Professionals Follow-Up Study, both of which were used to develop a comprehensive database on the dietary habits of participants and any diagnosed condition thereafter. This included events such as stroke, myocardial infarction, and revascularization.

The Nurses’ Health Study required women participants to fill in a questionnaire in order to gather information that would be useful in identifying risk factors for chronic diseases specifically affecting women.

The Health Professionals Follow-Up Study was launched later to complement the Nurse’s Health Study by collecting data related to men. The data would help health professionals assess whether nutritional intake was in any way related to illnesses such as cancer, vascular disease, and heart disease in men.

Researchers at Oxford University drew upon these records to find data for analysis. They studied the case history of 73,000 participants, 55,000 of which were women between ages 30 and 35, and 18,000 were men between the ages 40 and 75. A number of the participants suffered from high blood pressure.


Results of the analysis

They found that from among the participants, 3,300 women and 2,148 men had cardiovascular disease and had experienced myocardial infarction or stroke.

Researchers found that hypertensive participants who had higher intakes of yogurt reported fewer cardiovascular incidents. Therefore, there is an inverse link between yogurt intake and cardiovascular disease risk for people suffering from high blood pressure.

Statistically, regular consumption of yogurt reduced the risk of myocardial infarction by 30 percent in women and 19 percent in men. In addition, women who had yogurt more often had a 16 percent lower risk of revascularization surgery. Researchers concluded that those who have two or more servings of yogurt a week reduce the risk of coronary heart disease by 20 percent.

Scientists also observed that the hypertensive participants who not only consumed yogurt more frequently but also followed a heart-healthy diet had an even lower chance of developing cardiovascular disease. Justin Buendia, a lead author of the research paper based on this study, advocates consumption of yogurt along with fiber-rich foods such as fruits, vegetables, and whole grains for better heart health.

Protect your heart by avoiding this common food