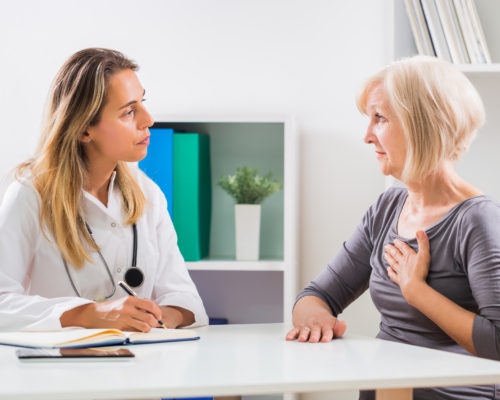 A study published online in Neurology finds that patients with cardiovascular disease are more likely to show an accelerated cognitive decline in midlife. With many lifestyle factors being responsible for cardiovascular risk factors (CVRFs), which contribute to cardiovascular disease, this study helps to outline why leading a healthy life is so important throughout life, including middle age.

The study from the University of California in San Francisco examined the association between CVRFs and midlife cognitive decline in 2,675 people. All participants in the study were middle-aged. Their CVRFs were assessed at baseline and included hypertension, diabetes, obesity, high cholesterol, and cigarette smoking. Each participant was also required to undergo cognitive tests involving memory, executive functions, and processing speed. These tests were given at the start of the study and again five years later.

It was found that 5 percent of participants had accelerated cognitive decline over the testing period of five years. After multivariable adjustment, smoking, hypertension, and diabetes were associated with an increased risk of accelerated decline. It was noted, however, that no associations were made between cognitive decline, obesity, and cholesterol.

When researchers looked at the results stratified by race, the results were similar. Overall, they found that with an increasing number of cardiovascular risk factors, the likelihood of accelerated decline increased.

This study helps to outline the importance of keeping a healthy lifestyle, especially in middle age. This can help to lower the risk factors associated with cardiovascular disease and therefore lower the risk of cognitive decline. One major lifestyle change can be accomplished through diet.

It is essential to eat plenty of heart-healthy foods, including fruits and vegetables. Foods rich in fiber and omega-3 fatty acids are also important. This can help to boost the immune system, providing the nutrients the body needs to help reduce inflammation.

Getting plenty of exercise and quitting smoking can also help to reduce the risk factors of cardiovascular disease and many other illnesses. Sticking to a healthy lifestyle can be challenging, but reducing the risk of illness and disease is worth it!