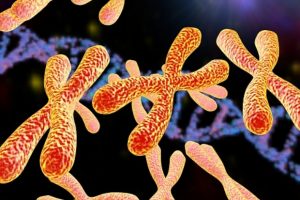 Cardiovascular mortality risk can be predicted based on the length of telomeres, the protective caps at the end of chromosomes, according to research findings. Short telomeres have been associated with an increased risk of death from heart disease, but more recent research uncovered that the change in the length of telomeres is also a good predictor of the heart disease prognosis and risk.

As mentioned, the length of telomeres has been long known to provide insight into the dynamics of aging process and been also linked to the onset of cardiovascular disease.

For the study taking place over a nine-year span, the researchers tracked the health outcomes of 608 men and women with stable cardiovascular disease. The researchers measured the participants’ leukocyte telomere length at the start of the study and then again five years later. Their objective was to see whether the differences in telomere length predicted the likelihood of death in the next four years.

By the end of the study, one quarter of patients died. Only 12 percent of the deceased participants had telomeres that lengthened over the course of the study. Thirty-nine percent of patients who had shortened telomeres died within the next four years. And of those with stable telomeres, 22 percent died by the end of the study.
The three groups shared traditional risk factors for cardiovascular disease, but made the difference was telomere length. Those with shorter telomeres had worse health outcomes and higher risk of mortality.

Researcher Mary Whooley explained, “This study goes beyond telomere length as a single measure and shows that the rate of change may also be an important predictive factor. It also shows, rather surprisingly, that a substantial number of people had telomere lengthening, and that this appeared to be protective.”

“While we have observed in several studies that average telomere length can get longer over the period of a year or two, we think the more common process is that a healthy lifestyle protects telomeres and leads to less shortening, more stability, and thus better telomere maintenance over the years,” added coauthor Elissa Epel.

Coauthor Elizabeth Blackburn concluded, “Telomere lengthening appears to happen in people, and may be a meaningful phenomenon. Fortunately, there are multiple ways to protect telomere length throughout the lifespan.”

For telomere protection, the researchers advise not smoking, getting in at least 150 minutes of moderate exercise or 75 minutes of intense exercise a week, and maintaining a healthy diet.

Mortality and cardiovascular risk decreases with a ‘purpose in life’