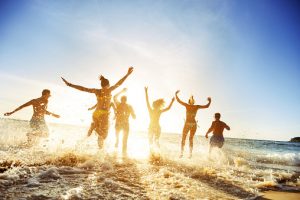 Cardiovascular damage could be reversed by greater exposure to sunlight, according to new research. Our cardiovascular system can be affected by different diseases and conditions that include diabetes, hypertension, and atherosclerosis. The study revealed that vitamin D3 can restore the health of our cardiovascular system, thereby reducing the risk of a heart attack.

Vitamin D3 is produced naturally in our body when our skin is exposed to sunlight. It has traditionally been associated with bone health. However, studies in recent years have found it to be linked with heart health as well.

Another study published in the Journal of the Saudi Heart Association in 2015 found a correlation between vitamin D deficiency and increased cardiovascular morbidity. The study was based on an analysis of levels of serum 25-hydroxyvitamin D in adults and children. The observations helped researchers associate hypertension, coronary artery disease, and related cardiac events with low levels of 25-hydroxyvitamin D.

However, neither of these studies established exactly how a vitamin D deficiency was related to heart health.

The new study published in the International Journal of Nanomedicine was conducted under the guidance of Marvin and Ann Dilley White Chair as well as Dr. Tadeusz Malinski, distinguished professor at Ohio University. It was based on observations that heart attack patients often have vitamin D3 deficiencies. Considering this one of the risk factors of heart disease, Malinski and his team decided to find out how vitamin D3 can benefit the cardiovascular system and restore its ability to function.

In order to do this, Malinski decided to study the effect of vitamin D3 on the endothelial cells that regulate blood flow in our cardiovascular system. Malinski’s team developed nanocensors which had a diameter about a 1,000 times smaller than that of a human hair. The idea was to send these nanocensors into the endothelial cells and track the effect that vitamin D3 had on these cells.

The research led to the discovery that vitamin D3 stimulates the production of nitric oxide (NO) that regulates blood flow and prevents clotting of blood as it flows through the blood vessels. In addition, vitamin D3 was also found to reduce the level of stress caused by oxidation in the cardiovascular system. The vitamin can considerably restore a cardiovascular system that has been damaged by diseases such as diabetes, atherosclerosis, and hypertension.

Therefore, vitamin D3 could be used as a treatment to restore damage caused by heart attack to the cardiac endothelium and reverse the impact of brain ischemia (stroke) on the capillary endothelium. It could also be used to treat diabetes, atherosclerosis, hypovolemia (decreased blood volume), and vasculopathy.

This discovery can radically change treatment options for cardiovascular disease. Malinski explains that while there are no known ways of restoring the health of endothelial cells, patients can now be treated with high doses of vitamin D3. He believes that this would be a cost-effective and simple treatment that could help repair damage of the cardiovascular system, as no new drug needs to be developed.

Also read: When should you consider cardiovascular medication?

The Healthy Truth: How to improve mood and get enough vitamin D in the winter

Natural ways to improve heart rate and get your heart pumping