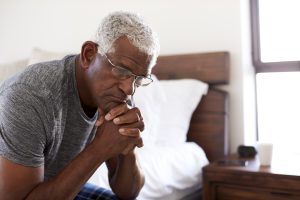 The study analyzed data from 1,244 people with an average age of 55 who were considered healthy at the start of this study. Participants were required to take memory tests, health examinations, and completed lifestyle questionnaires every five years for up to 25 years.

By the end of this study, 78 people or 6% developed Alzheimer’s disease dementia, and 39 people or 3% developed dementia from vascular disease. Researchers found that cardiovascular disease risk played a significant role in developing cognitive decline.

Study author Bryn Farnsworth von Cederwald said, “Several risk factors were elevated in people with an accelerated risk, indicating that such acceleration may come from an accumulation of damage from a combination of risk factors over time.”

It was concluded that it is important to determine and address all risk factors in each person, such as reducing high blood pressure, lowering BMI, and stopping smoking. With some simple lifestyle changes, the risk for cardiovascular disease can be reduced, affecting the risk of memory decline.

A strong heart is vital for enjoying a high-quality life as you age. Heart Rescue was designed to help support and maintain heart health through various ingredients.

Omega-3 fatty acids are among these heart superstar ingredients, which can play an important role in maintaining cardiovascular function. CoQ10 is another which is involved in energy production at the cellular level. Overall, this doctor-formulated support provides strength for the heart muscle, reduces the risk of heart disease, and helps to maintain healthy cholesterol levels.

If you are worried about brain function or memory, The Smart Pill is an excellent choice to help support brain health. This unique formula contains nine ingredients to support, nourish, and maximize brain health and cognitive function, including ginkgo biloba, huperzine A, bacopa extract, rosemary extract, and a B vitamin complex. This combination of ingredients allows the Smart Pill to help boost circulation, fight free radicals, and provide nutritional support to cognitive function.