Home » Brain Function » Mental Health » Cannabis proven to reduce stress, but only at the right dose 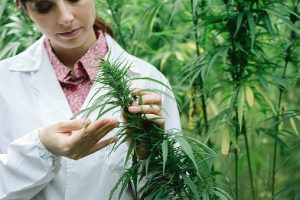 Cannabis use is touted as being a great stress reliever, yet stories of extreme paranoia and anxiety often accompany its use. Medical marijuana has been legal in some states for awhile now. Its use has primarily been regulated for the treatment of pain, providing much relief to patients suffering from the symptom.

Many who use the drug recreationally find that they can become increasingly anxious or paranoid. This is contradictory to many statements regarding cannabis use as a relaxing affair.

However, new research into this matter has found that when marijuana is consumed in high quantities, it increases stress and anxiety. However, it was found that at low doses, marijuana’s psychoactive ingredients do in fact reduce stress.

Much of cannabis’s claim to fame is due to its chemical composition, of which cannabinoids such as THC or tetrahydrocannabinol are often praised. Surprisingly, the human body has built-in cannabinoid receptors found in several parts of the brain and are associated with thinking, memory, and pleasure. When THC attaches to these receptors and activates them, typical symptoms of being “high” can be appreciated.

The study in question involved 42 healthy volunteers who ranged from ages 18 to 40. The participants all had some experience with cannabis, but were not daily users.

Study subjects were then divided into three groups. One receiving a low dose of THC in capsule form, another receiving a moderate dose, and the last group receiving a placebo that did not contain any THC at all.

“The doses used in the study produce effects that are equivalent to only a few puffs of a cannabis cigarette. We didn’t want to include a much larger dose because we wanted to avoid potential adverse effects or cardiovascular effects that can result from higher doses of THC,” said Emma Childs, associate professor of psychiatry at the UIC College of Medicine and corresponding author on the study.

During the participant evaluation, each was asked to spend 10 minutes preparing for a mock job interview. A five-minute interview with lab assistants was carried out afterward. The evaluators did not offer any feedback, verbally or through body language.
Participants were instructed to complete tasks that were reliable stress inducers on their first visit. While on the second visit, they were asked about their favorite book or movie and asked to play a game of solitaire.

The researchers found that those taking low-dose marijuana reported less stress compared to the placebo group, and they found that their stress levels dissipated faster as well.

Moderate-dose participants reported negative moods before and throughout the tasks and were more likely to rate their psychosocial task as challenging and threatening beforehand. This group was also seen to have more pauses during the mock interview compared to the placebo group.

“Our findings provide some support for the common claim that cannabis is used to reduce stress and relieve tension and anxiety. At the same time, our finding that participants in the higher THC group reported small but significant increases in anxiety and negative mood throughout the test supports the idea that THC can also produce the opposite effect,” said Childs.