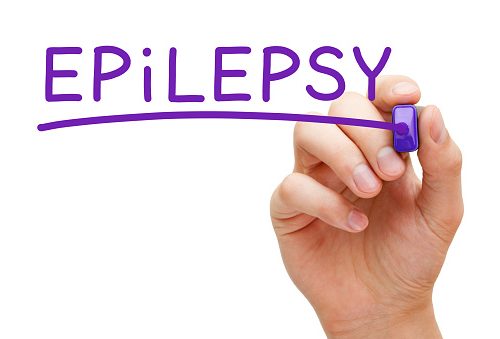 Seizures are often dramatized on television and in movies—they depict a person collapsing to the ground while they convulse (shake), contracting every muscle in their body. While this can be the case, not all seizures look like this, as some can take on a more subdued presentation. But seizures, in general, are the symptom of a brain problem, happening suddenly due to abnormal electrical brain activity. Treatment usually includes the implementation of powerful sedative drugs with variable levels of effectiveness, however, researchers have found that the use of cannabidiol—a chemical component of cannabis—can significantly reduce seizure activity.

One seizure condition is called epilepsy, a central nervous system disorder where nerve cell activity in the brain becomes disrupted. This may cause periods of unusual behavior, sensations. and sometimes loss of consciousness. The most severe form of epilepsy has been named Lennox-Gastaut syndrome (LGS), and in a clinical trial where participants using cannabidiol every day for 14 weeks, the frequency of atonic seizure dropped by more than 50 percent.

Lennox-Gastaut syndrome is a type of epilepsy that encompasses multiple different types of seizures. The most common of which are tonic (stiffening) and atonic (drop) seizures. It is thought that this particular epileptic condition accounts for only two to five percent of childhood epileptics and will most likely require lifelong treatment to manage. The is currently no cure for LGS.

The researchers of the study see a promising future for cannabidiol use in the treatment of LGS, as the initial response to the therapy seems positive. The cannabis component has been suggested to have therapeutic potential for reducing anxiety and even providing benefits for those suffering from bipolar disorder, schizophrenia, and other mental health conditions.

Study co-author Dr. Anup Patel of the College of Medicine at Ohio State and his colleagues organized a study involving 225 patients with an average age of 16 who had 85 atonic seizures a month as a result of LGS. All of these patients failed to respond to an average of six anti-epileptic medications, and during this 14-week study period using cannabidiol, they were using an average of three anti-epileptic drugs. The study required participants to take 10 to 20mg of cannabidiol or a placebo every day, in combination with their current medication.
“Our results suggest that cannabidiol may be effective for those with Lennox-Gastaut syndrome in treating drop seizures. This is important because this kind of epilepsy is incredibly difficult to treat,” said Dr. Patel.

This definitely shows a positive result in favor of cannabis being a legitimate treatment for this condition, as patients taking the controversial medication were 2.6 times more likely to report improvements in their overall condition.

Related: Ketogenic diet safe and effective for those with severe epilepsy

Epilepsy and music: How the brain reacts