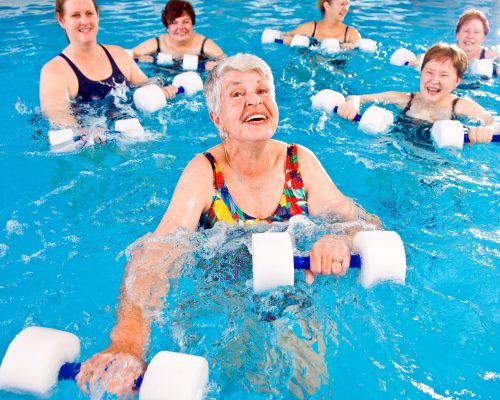 Furthermore, the more hours you spend exercising the greater the reduction of your cancer risk. Lead author Steven Moore explained, “The more activity, the more the benefit. As people did more, their risk continued to lower.”

The study found that regular exercise could reduce the risk of at least 13 different cancers, including leukemia, myeloma, and cancers of the esophagus, liver, kidney, stomach, endometrium, rectum, bladder, and head and neck.
Current guidelines for recommended exercise are 150 minutes of moderate-intensity activity weekly or 75 minutes of vigorous activity. Such exercises include a brisk walk, playing tennis, jogging, or swimming.

The researchers focused on voluntary physical activity during the leisure time, separate from house chores or work, performed as a means to improve health.

The researchers pooled data on 1.4 million people from 12 U.S. and European databases. They looked at whether physical activity was associated with a risk reduction in 26 different types of cancer.

One of the theories as to why exercise may reduce cancer risk speculates that exercise reduces hormones that have been associated with cancer. It also helps control insulin levels and insulin-like growth factor. Those who exercise also have less inflammation, their cells undergo less oxidative stress and are more capable of repairing damaging DNA, a potential cause of cancer.