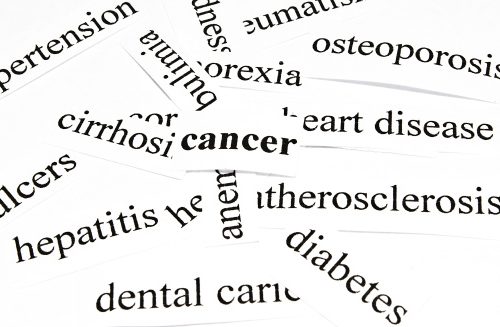 Smoking has never been good for us, no matter how cool James Dean made it look.

Now the cigarette habit has been linked to even more diseases and deaths than previously thought.

The latest report by the Surgeon General, recently published in USA Today, finds that smoking causes a slew of diseases, including diabetes, liver cancer and colorectal cancer, as well as other chronic conditions.

It doesn’t stop there: Smoking leads to erectile dysfunction, rheumatoid arthritis and macular degeneration, which is the leading cause of age-related blindness. It also impairs immune function while increasing the risk of death from tuberculosis. Additionally, smoking is harmful to pregnant women, to blame for birth defects — such as cleft lips and palates — as well as ectopic pregnancies, which happens when a fertilized egg is implanted in the fallopian tubes as opposed to the uterus.

The diseased lung on the cigarette package doesn’t seem to be an effective deterrent. Each year, tobacco use contributes to the deaths of an estimated 480,000 Americans. Since 1964, it has killed 20 million altogether.

Smoking also costs the country nearly $286 billion because of direct medical expenses for both smokers and those exposed to secondhand smoke, as well as the loss of productivity due to premature deaths, the Surgeon General report says.

This marks the first time in 32 reports that the Surgeon General has made the connection between smoking and particular diseases, such as diabetes. Released exactly 50 years after the first Surgeon General report on smoking, the new report also finds that exposure to secondhand smoke — historically linked to cancer and heart attacks, alone — leads to strokes, too.

“Amazingly, smoking is even worse than we knew,” Thomas Frieden, director of the Centers for Disease Control and Prevention, told USA Today. “Even after 50 years, we’re still finding new ways that smoking maims and kills people.”

RELATED READING: If Diabetics Do This They Avoid Death

The U.S. has made significant strides in combating smoking-related cancers since the Surgeon General’s first report. Adult smoking rates have fallen by more than half since 1964. But today, more than 18 percent of the adult population in the U.S. still uses tobacco, according to acting Surgeon General Boris Lushniak. And roughly 5.6 million children and adolescents are expected to die from smoking-related diseases like diabetes, unless immediate, aggressive measures are taken. These include tax increases, educational campaigns and bans on smoking in public places, which according to a 2011 Gallup poll, a majority of Americans support.

Responding to the dire news, the March of Dimes told USA Today that it hopes that the report will give women even more motivation to quit smoking before becoming pregnant. Other organizations, such as the American Diabetes Association and the American Lung Association, say that Americans should aim to reduce adult smoking rates to less than 10 percent within the next 10 years.

After all, there is no such thing as a safe cigarette.