Home » Diabetes » Can Your Waistline Predict Your Diabetes Risk? 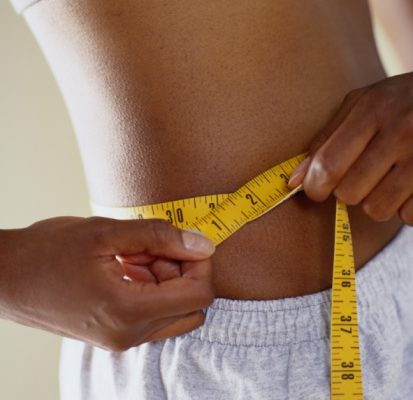 The medical community has often discussed the impact of body mass index on diabetes, but now a new study suggests that waist size may be just as important in determining a woman’s risk of contracting the disease.

The study conducted by Addenbrooke’s Hospital in the United Kingdom was extensive; involving 30,000 middle-aged participants. They were followed and studied for 17 years. The women with a waist of at least 35 inches were more likely than obese ladies with moderately large waists to develop type 2 diabetes.

The researchers took the study a step further by comparing the waist factor with body mass index and made a surprising discovery. They determined that the diabetes risk was more closely related to waist size than to BMI.

Many doctors believe that the waist is a factor in the development of diabetes because the fat that surrounds the organs and intestines in the abdomen produce a lot of hormones, which can make the body resist insulin.

Insulin is vital if you want to stave off diabetes. It turns food into energy and stores access energy that can be used later on. When we consume food insulin helps glucose move from the blood to the body’s cells. That glucose is used to make protein, fat and sugar. In between meals the insulin can help the body use the stored proteins, fats and sugars to get energized. Diabetes happens when insulin is non-existent or very low.

Diabetes can lead to serious complications. For example, it can lead to heart disease, kidney disease and eye problems.

What This Means for Glucose Levels

Research has shown that people who are at risk for type 2 diabetes can prevent the disease through lifestyle changes, such as losing weight. In many cases, moderate adjustments are required. Studies in the United States indicate that walking 30 minutes, 5- days a week and lowering fat and calories can prevent the onset of diabetes in people who have been listed in the high risk category.

There is no set diabetic diet; however, if you are at risk of diabetes there are diet plans that can keep your glucose on track. Nutritious foods and maintaining regular mealtimes is highly recommended to help control glucose levels. It is best to avoid food that is high in saturated fat, cholesterol and sodium. Stick with fresh fruits and vegetables. Nutritionists and doctors say a diabetic diet is really the best way for all of us to be eating to prevent a lot of different health problems, not just diabetes.