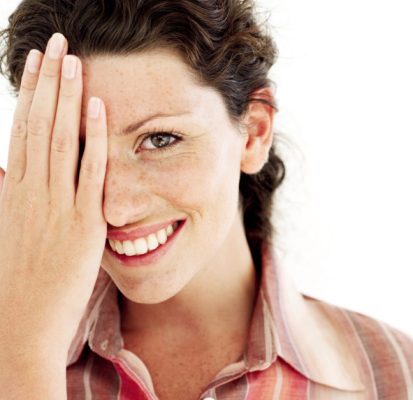 While we’re constantly told that we shouldn’t judge a book by its cover, when we meet someone for the first time, we often associate certain personality traits that “fit” them based on their looks.   After getting to know them, we may learn that our original thoughts on their personality traits were right and sometimes they may be wrong.  Over the years, research has looked at various facial features and tried to determine the link between facial appearance and personality traits.

The First Study on Personality Traits and WHR (Including Deception)

For their first study, Haselhuhn and Wong studied the relationship between men’s facial WHR and the use of deception in a negotiation process.  They included 192 Masters of Business Administration students.  The participants were divided into buyers and sellers for a negotiation activity as part of a classroom activity.  The results from this study found that men that had larger facial WHR’s were more likely to deceive their negotiation counterpart.  The results from this study provided preliminary evidence to support the fact that personality traits, including deception, may be predicted by facial appearance.  However, they wanted further research to support this claim so they conducted a second study.

The Second Study on Personality Traits and WHR

For their second study, Haselhuhn and Wong studied 103 undergraduate students who participated in an online survey which contained a power measure as well as unrelated questionnaires.  After the survey, the participants were given an opportunity to cheat in order to win a $50 gift card as compensation for completing the study survey.  To determine the number of entries they received to win the gift card, they were directed to a website that simulated rolling dice.  They were told to roll the dice once, add the dice together and enter the number into survey.  However, the participants could enter whatever number they wanted (thereby cheating).

RELATED READING:
If a 103 Year Old Can Become Stronger, Smarter and Feel Younger, Why Can’t You?

Implications of the Findings on Power and Deception

These two studies are the first two that demonstrate that men’s facial WHR’s predicts deception and cheating.  Additionally, this research also shows that men that have greater facial WHR’s felt more powerful and this sense of power was also directly related to unethical behavior.

The surprising findings from these studies was that the link between facial WHR’s and deception were only found in men, there was no correlation seen in women.   Additionally, the correlation between power and cheating was only seen in men.  Future research should look at whether other facial features found in men and women can predict other personality traits reliably.