Home » Health News » Can You Have a Silent Stroke? 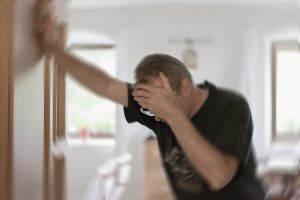 It might seem absurd to think that you can undergo a major health event and not even know it. But it’s possible, and it can put your life at risk.

A statement by the American Stroke Association and the American Heart Association estimated that as many as a quarter of octogenarians – people between the ages of 80 and 89 – have suffered one or more strokes without any symptoms.

These episodes, or rather occurrences, are known as “silent” strokes and are often only detected when a person undergoes brain imaging for another purpose.

So, if you don’t go for a brain scan to look for something else, you’ll likely never know your heart and body have undergone significant trauma.

How can this happen?

Silent strokes are caused by reduced blood flow in one of the smaller arteries that feed into the brain. They happen without any major noticeable symptoms if it occurs in a part of the brain that isn’t responsible for major movements of vital functions.

A stroke like this won’t produce identifiable stroke symptoms like weakness in your arm or leg or trouble speaking.

Silent stroke symptoms that may appear are also easily mistakenly attributable to something else. They could create some clumsiness of random memory lapses, but these are things most believe would be random occurrences or age-related tendencies.

Just because you can’t feel them, it does not mean that these strokes are safe. Strokes are generally the result of a straining heart and stoke risk factors are the same regardless of the severity of such an episode.

Very much like reducing the risk for a major stroke, you can hope to cut your risk of a silent stroke by addressing major heart issues like blood pressure and cholesterol.

Adopting an active lifestyle and eating a nutrient-rich diet can help cut the risk of stroke and help you function better with age.