Home » Health News » Can You Drink Away the Risk for Cataracts? 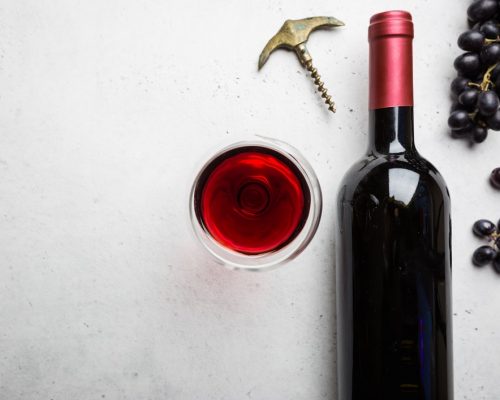 Here’s one for you: drinking wine may save your eyes from cataracts.

A new study published in Ophthalmology found that a few glasses of alcohol per week, but mainly red wine, was associated with a lower risk for cataracts surgery.

Cataracts affect millions as one of the leading causes of vision impairment or loss in the world. It typically develops with age when the usually clear eye lens becomes clouded. Symptoms include:

All of this can make it hard to read, drive, and live a quality life. The only way to treat cataracts is surgery.

The new study, which looked at the health and lifestyles of 490,000 people in the UK, found that moderate alcohol drinkers, and particularly those who drank antioxidant-rich red wine, were less likely to end up on the operating table to treat cataracts.

The magic number appeared to be 6.5 standard drinks per week, so a little less than one per day. Compared to people who abstained or drank other types of alcohol, wine drinkers were between 14 percent and 23 percent less likely to require cataract surgery.

People who drank daily and/or exceeded the 6.5 drink per week threshold had a greater risk for cataract surgery.

The best drinking distribution seemed to be for people who drank their 6.5 drinks over 2-4 days.

Red wine may be the best option for reducing cataract surgery risk because of its high concentration on antioxidants. It is a rich source of polyphenols, resveratrol, and flavonoids that may help protect eye tissue from oxidation to preserve vision.

More work needs to be done to see if these findings can be replicated, but in the meantime, you may as well toast to your eyes!