Home » Hearing Health » Can tinnitus (ringing in the ear) occur after head, neck, and brain injuries? 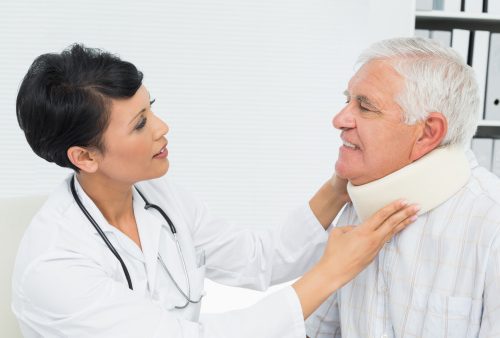 Tinnitus (ringing in the ear) may occur after head, neck, and brain injuries. Over one in 10 cases of tinnitus result from a head or neck injury. To make matters worse, injury-related tinnitus is often more severe and unpleasant.

The study was conducted by the Oregon Health and Service University Tinnitus Clinic, involving 2,400 patients who suffered from chronic tinnitus. The participants were asked about the cause of their condition, and slightly over 12 percent of patients reported tinnitus after a head or neck injury. One-third experienced neck injuries alone, and the remaining experienced both head and neck injuries.

Those who suffered head and neck injuries resulting in tinnitus also experienced greater health complications in their day-to-day life, including poor sleep, difficulty thinking, inability to relax, and memory problems. Tinnitus noise level was estimated to be louder as well. These patients often sought help for their condition much sooner than regular tinnitus patients, which can be explained by the greater severity of the condition when it’s caused by a neck or head injury.


Tinnitus (ringing in the ears) after a brain injury

Aside from head or neck injuries, tinnitus can also stem from a brain injury. In this case, for some patients, the resulting tinnitus may be temporary, while for others it may become a chronic condition.

Tinnitus after a brain injury occurs due to the inner ear damage, damage to the auditory nerves, or damage to the neural pathway involved in hearing. If tinnitus lasts over a year, it probably transitioned into its chronic form.

Diagnosing tinnitus after brain injury may be challenging because many patients will have normal results on the audiological tests and will have no damage to the inner ear, despite experiencing tinnitus.

Treatment for tinnitus after a head and brain injury

Tinnitus is permanent in about 25 percent of patients. In many cases, addressing the underlying cause of tinnitus can help ease the symptoms. Treatment methods may include taking antibiotics, removing obstructions or ear wax, changing medications or dosages, treating certain neurological illnesses, getting a surgery to correct joint problems, going for counseling for stress or depression, and getting dental work done.

If no underlying cause has been identified, then alternative treatments may be required. Common options include wearing a device (similar to a hearing aid) that provides soothing or pleasing sounds, training the brain not to hear the annoying sounds, wearing hearing aids in case of hearing loss, as well as avoiding loud sounds, caffeine, and stressful situations as all these factors can aggravate your tinnitus condition.

If you are finding it difficult to manage tinnitus on your own, speak to your doctor about your treatment options.