Home » Brain Function » Can Becoming Overweight or Addicted to Drugs Be Predicted by Your Brain Activity? 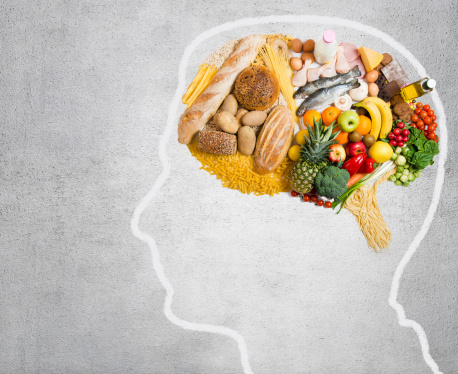 Certainly, we would like to believe that we are all capable of making objective choices in our lives, and are responsible for our own actions. But it is no secret that some people are just more prone to getting caught up in addictive behaviors than others, making it more difficult to fight cravings and make clear choices. Scientists at the Oregon Research Institute set out to test whether there are actual neuro-biological differences between people who resist temptation and people who succumb, and to determine whether these physical differences can accurately predict a person’s future chances of becoming overweight or a substance abuser. This research is the first of its kind to seek out a direct neurological cause for food and drug addiction in a controlled human study.

Brain Activity and the Onset of Addiction

Eric Stice, Ph.D., and his team focused in on the striatum, the reward center of the brain. They set out to observe the neurological activity that occurred in this region of the brain in 162 adolescents, in response to being presented with rewarding stimuli – either money or chocolate milkshakes – using Magnetic Resonance Imaging (fMRI). The body fat percentages and substance usage habits were also measured in the subjects, and these measurements were then taken again one year later to see if any significant changes could be causally linked to the fMRI brain activity observed.

When the fMRIs were first conducted, the researchers noted that some subjects showed much greater amounts of activity in the brain’s reward center when presented with the money and the food. They also found that, one year later, these subjects were much more likely to have become regular substance users. Greater activity in the brain’s reward center seemed to predict greater levels of craving from people, making them more prone to becoming hooked on substances that promise to fulfill these cravings.

Although the scientists also sought to establish a connection between brain responses to food and future obesity, the study’s results found no such link. They suggested that more research be conducted in this area.


Other Links Between Brain Activity and Addiction

Interestingly, while this study showed that over-activity in the brain accurately predicts future substance use in a formerly abstinent person, it also revealed under-activity in the brains of people who were already mild substance users. People who had already begun regularly using drugs showed less brain responsiveness in their reward centers when presented with money.

This finding seems to fall in line with escalating cycles of addiction and substance abuse. As a person’s substance use continues and intensifies, the brain’s reward center responds less and less to other stimuli that were once pleasurably rewarding, such as personal relationships, accomplishments, hobbies, work, etc. As the brain’s responses to other stimuli weaken, the only form of “reward” that the brain seeks out is from the drug, leading the addiction to spiral out of control and the person to become increasingly isolated.

Why Do Some People Have Over-Active Brains?

Scientists say that not enough research has been done to determine exactly why some people have over-active brain while others do not. Other studies have suggested that lower levels of a naturally occurring amino acid, tryptophan, can lead to overactive brain circuits and depression. Researchers wonder if chemical imbalances could be associated with over-active brain and addiction, but much more investigation is needed.