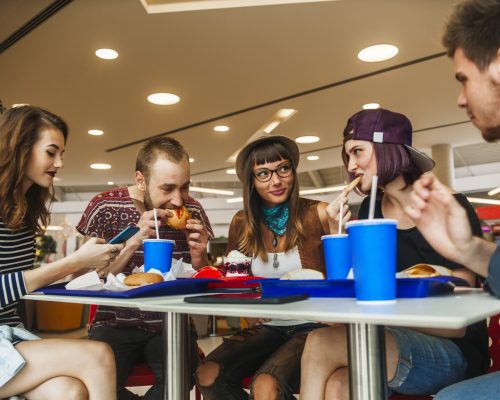 When you order a cheeseburger, you can now see how many calories it contains, and even though the number appears high, it seems that it doesn’t sway your decision to place your order. A new study found that calorie labeling hasn’t been as effective as intended in helping people make healthier choices when it comes to ordering off a fast-food menu.

The researchers from Philadelphia found that less than eight percent of fast-food eaters make healthy choices as a result of seeing calorie information for their meals.

Study author Andrew Breck explained, “I believe menu labeling has been an important policy effort to combat a public health problem for which we have few solutions. The success of such a calorie-labeling campaign, however, requires that target consumers simultaneously see the calorie labels, are motivated to eat healthfully, and understand how many calories they should be eating.”
The researchers suggest that showing calorie numbers simply isn’t enough to deter people form their food choices. Nutrition labeling must be larger and clearer, and it must also target those who don’t just care about the nutrients but rather about the cost and convenience of their food.

The urgency to indicate calories on fast-food menus came from the alarming numbers of Americans who are obese.

Although the researchers aren’t convinced that calorie labeling is successful in changing people’s food choices, other experts suggest that first comes awareness, then comes the change over time.

Connie Diekman, director of university nutrition at Washington University, added, “Awareness is the first step in the change process, so if consumers begin to see the numbers, eventual change is possible… We have a ways to go to provide an environment that encourages and supports healthy eating.”

The study was published in the Journal of Public Policy & Marketing.

The Healthy Truth: How many calories do you need?