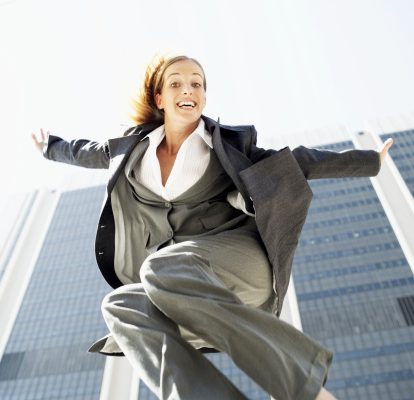 Most of us think that we are getting enough exercise each day by walking around the office, school, or home.  Exercise is a physical activity that allows better blood circulation, thus improving the delivery of oxygen to the brain and other organs of the body.

Diet and Exercise – For Optimal Functioning

A well-oxygenated brain allows optimal functioning of a wide range of physiological activities, from muscle contraction to the production of enzymes that are essential for growth and maintenance of the body.  Research studies have earlier shown that diet and exercise can significantly improve one’s health; it reduces the risk of cardiovascular diseases and diabetes.

The role of proper diet and exercise applies to all age ranges, including that of the elderly.  An age-specific exercise is often recommended for older adults and these consider the agility level of these individuals.  Studies have also shown that elderly individuals have better brain health when they follow a healthy diet and exercise regimen.  Brain health disorders among the elderly include dementia, which is characterized by a loss of memory and other brain processing functions.  Alzheimer’s disease is a brain condition that also presents with memory loss.

The Mental and Physical Outcome of Exercise

Various health outcomes have been associated with exercise.  Is self-control also linked to physical activities?  According to a recent medical report published in the journal BMC Geriatrics, regular exercise may also help in promoting self-control in the elderly.  The proponents of the study explained that following a regimen that include proper diet and exercise promotes good brain health by stimulating the main control center of the body to perform at its normal expected capacity.

The Research Study on Self Control and Exercise

The research study involved approximately 250 adults within the age range of 55 to 80 years old.  These study participants were enrolled in an 18-month long program that monitored changes in various physical and mental characteristics of the subjects.  Physical characteristics included weight, body mass index, and other health-related conditions, whereas mental symptoms included cognition, self-control, and self-esteem.  Assessment of mental symptoms was conducted by using the Montreal Cognitive Assessment scoring system, which consisted of 24 indicators of cognition and self-control.  The study population was divided into two groups: one was subjected to an age-specific exercise program, whereas the other followed a minimal to negligible level of physical activity.

The results of the study showed that the group subjected to an exercise program were associated with improved physical and mental conditions over a monitoring period of 18 months.  In terms of self-control, the study participants showed stable conditions that involved minimal emotional outbursts.  In addition, this group are showed efficiency in performing simple tasks that involve cognition, including sorting a deck of cards, speaking with other co-participants and researchers, and performing simple daily tasks.  The researchers also highlighted the observation of self-control among the members of the exercise group, in which these individuals were aware of the proper ways of maintaining their health, especially after receiving non-formal discussions on health for the elderly.

The Association Between Diet and Exercise and Self Control

The findings of this recent medical report serves as the first account on the association between physical activity and self-control in a specific population.  Although the mechanisms behind physical activity and self-control remain elusive, the report has effectively demonstrated that exercise in the elderly may result in better cognition function, especially in terms of self-control.  The proponents of the study will conduct further studies on this association to further examine the extent of improvement that may be linked to physical exercise.